Floating Storage of Refined Oil Products has reached a peak in mid-May, when volumes stored on tankers marginally surpassed 80 million barrels. Volumes have dropped since, currently standing above 65 million barrels. However, inventories seem to be still absorbing less than they did before Covid-19, with destocking not looking that dynamic as it happens in the crude oil market. Meanwhile, charterers have fresh inquiries for clean tankers to be employed for floating storage in recent weeks. The collapse recently observed in spot freight rates for clean tankers has been driving the increasing appetite of charterers to secure more tonnage for cheap floating storage. 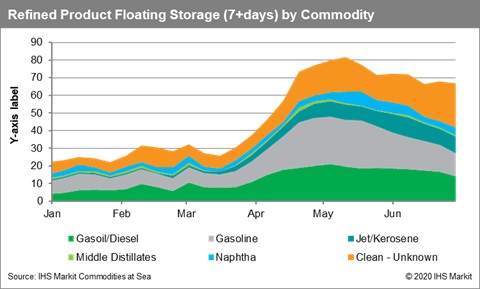 Ship operators seem to be interested and willing to consider floating storage as well, as the recently limited availability of cargoes to be lifted can simply not be ignored. Sentiment for the near term isn’t good for now, with many shipowners looking for alternative ways of employment during the traditionally weak summer season. June loadings have improved marginally but still remained significantly below last year’s levels. July could prove even better, but there’s still huge space for recovery till we return to normal activity. 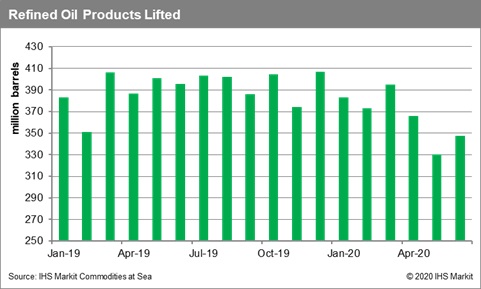 In late June, at least six LR2s have been fixed with options for floating storage, at rates close to USD 20,000 per day. Some of these units for up to 90 days. They are all West of Suez. Some fixtures are understood to have been agreed for a few
MRs as well. As economics for onshore storage are less favorable, interest starts moving onto product tankers yet again.

With lockdowns easing across the continent, onshore inventories have continued to drop, with gasoline kept onshore near ARA estimated to be down almost 10% in early July. Floating storage is much more flexible, allowing charterers to quickly secure capacity even for periods shorter than a month.

Focusing on NW Europe, most cargoes recently loaded on ships for storage refer to either gasoline or jet fuel, with the latter still providing contango curves strong enough to support floating storage. Most of the volumes under “Clean – Unknown” are believed to be referring to one of these two commodities. Total volumes of Clean Floating Storage in NW Europe surpassed 20 million in mid-June and have since remained more or less unchanged. 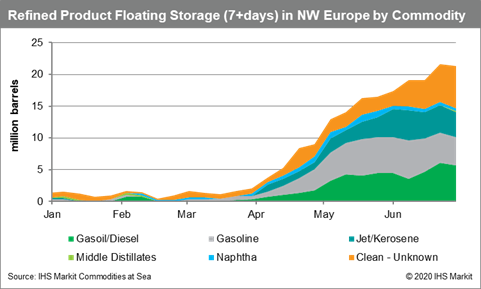 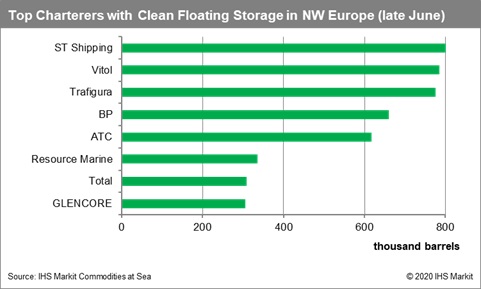 Apart from Floating Storage of Refined Oil Products, users of IHS Markit Commodities at Sea can also check how congestion has been changing in the region of NW Europe, for LR2, LR1 and MR ships carrying refined products. Number of Laden ships remaining Anchored still stands significantly above historical averages, but with a correction having been observed recently. 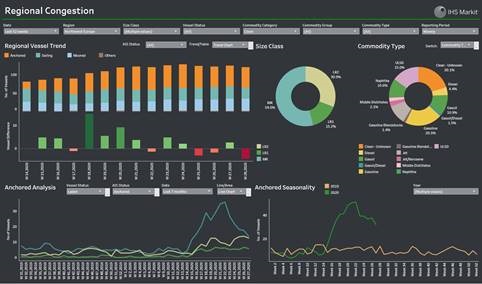