Since early 2019, OLDENDORFF CARRIERS has taken delivery of a total of 23 bulk carrier newbuildings. The vessels were mostly ordered between 2015 and 2017 at attractive prices.

The latests vessels to enter our owned fleet were Britta Oldendorff (63,000 tdw Ultramax) and Diane Oldendorff (100,000 tdw Post-panamax), both built by OSHIMA Shipbuilding and handed over during Q2 2020. Diane Oldendorff namegiving ceremony in Japan can be watched here. 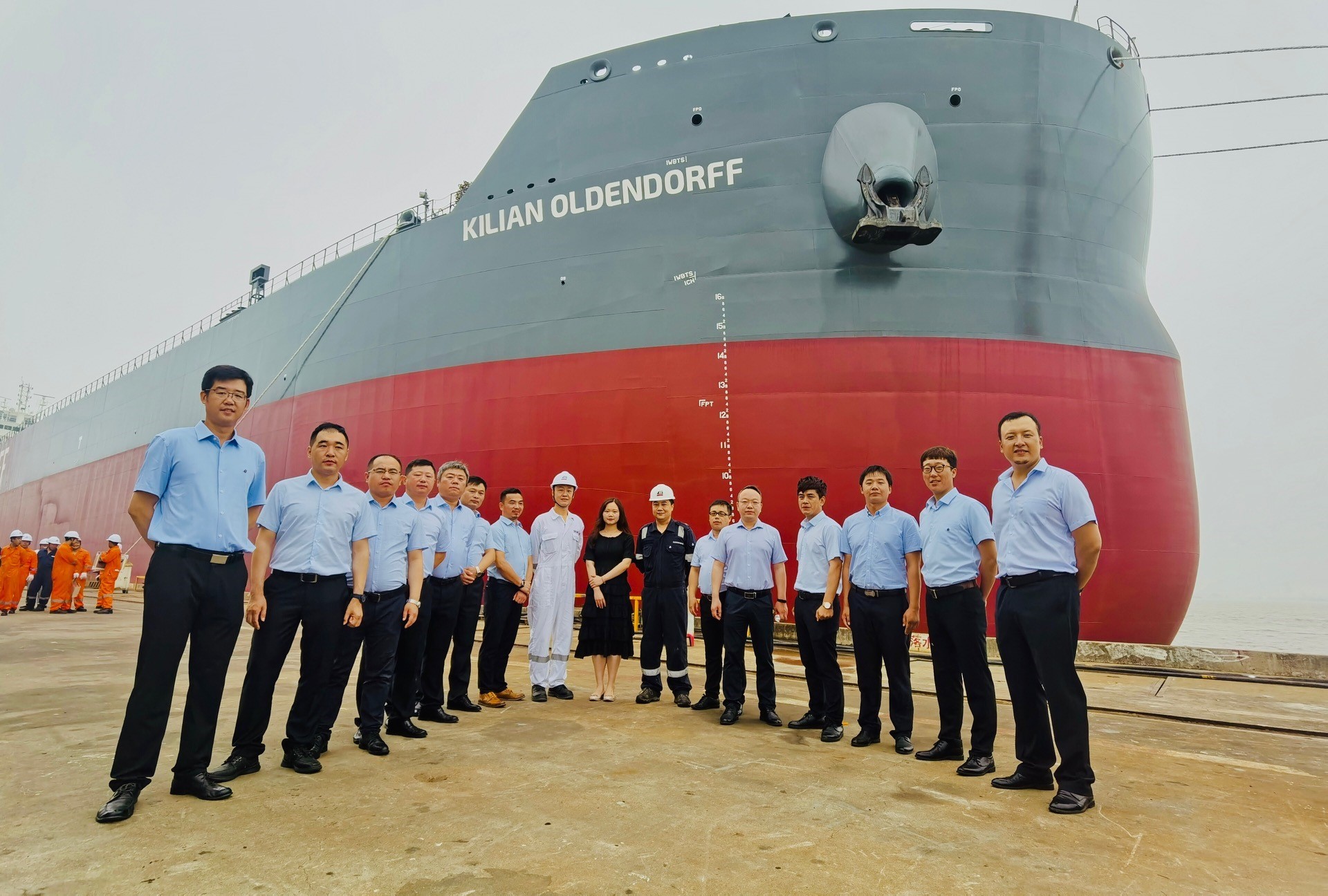 These vessels follow OSHIMA’s supereco designs, which set a milestone in terms of low fuel consumption and emissions. Our remaining orderbook consists of:

Six of the Kamsarmaxes and two of the Newcastlemaxes were sold to third parties, mostly with long term BB charter back. 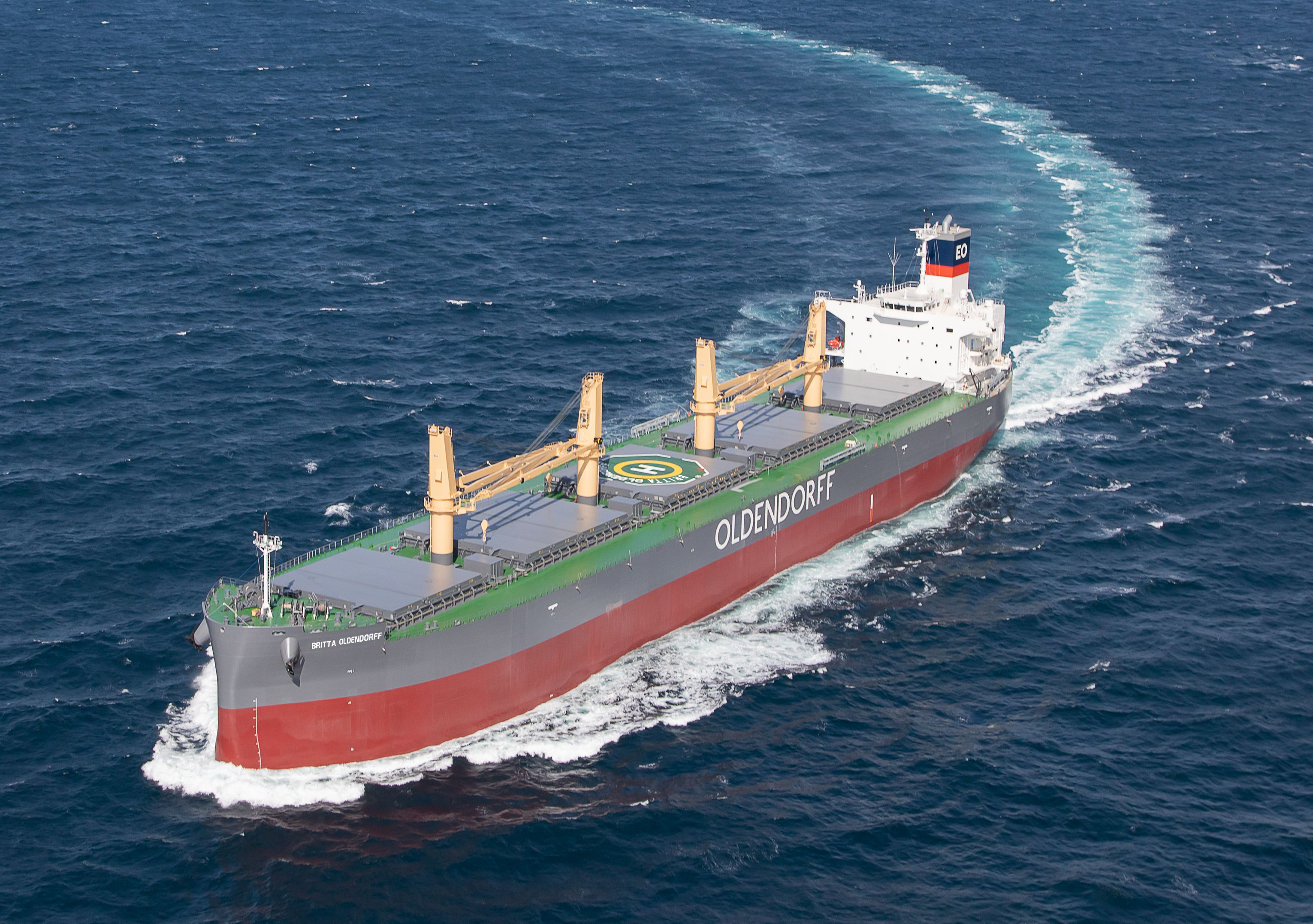 The 2 x Transloaders of 18,000 tdw (to be named “Calypso” and “Anna”) are being built by CHENGXI Shipyard in Yangzhou (China) and scheduled to be delivered in Q4 2020 and 2021 respectively. The two vessels are equipped with a gravity type selfunloading system and two Liebherr FTS CBG 360 deck cranes, each with an outreach of 36 + 10m. They will provide transshipment services in North Vietnam where they will self-load from Capesize vessels and self-unload coal to a power station throughout the duration of a 25 year transshipment contract. 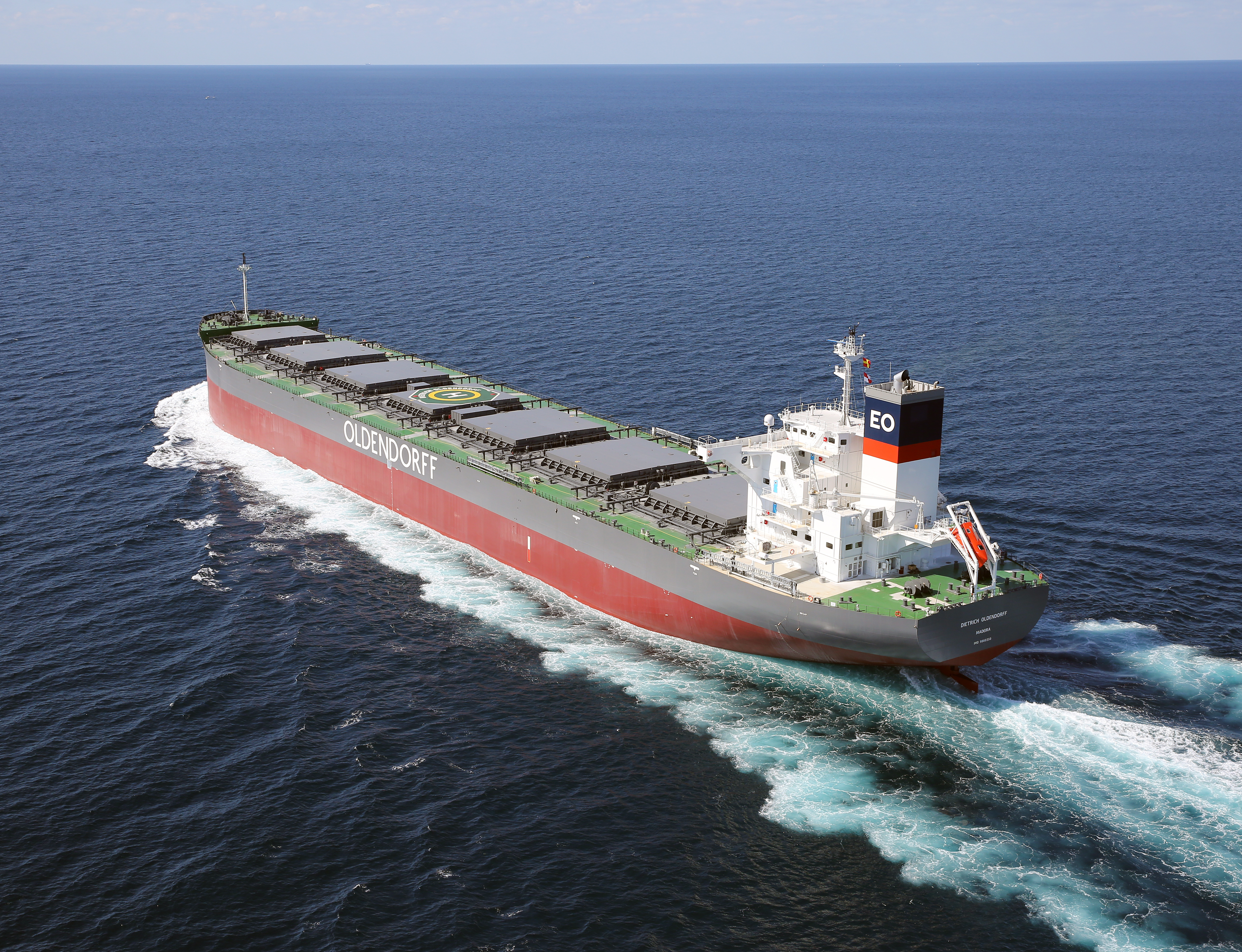 In the period between early 2019 and early 2021, we will – in addition to our own ships – also have taken delivery of another 16 newbuildings from Post-panamax to Newcastlemax, which we had agreed to charter long term from other owners, mostly on a floating rate basis. 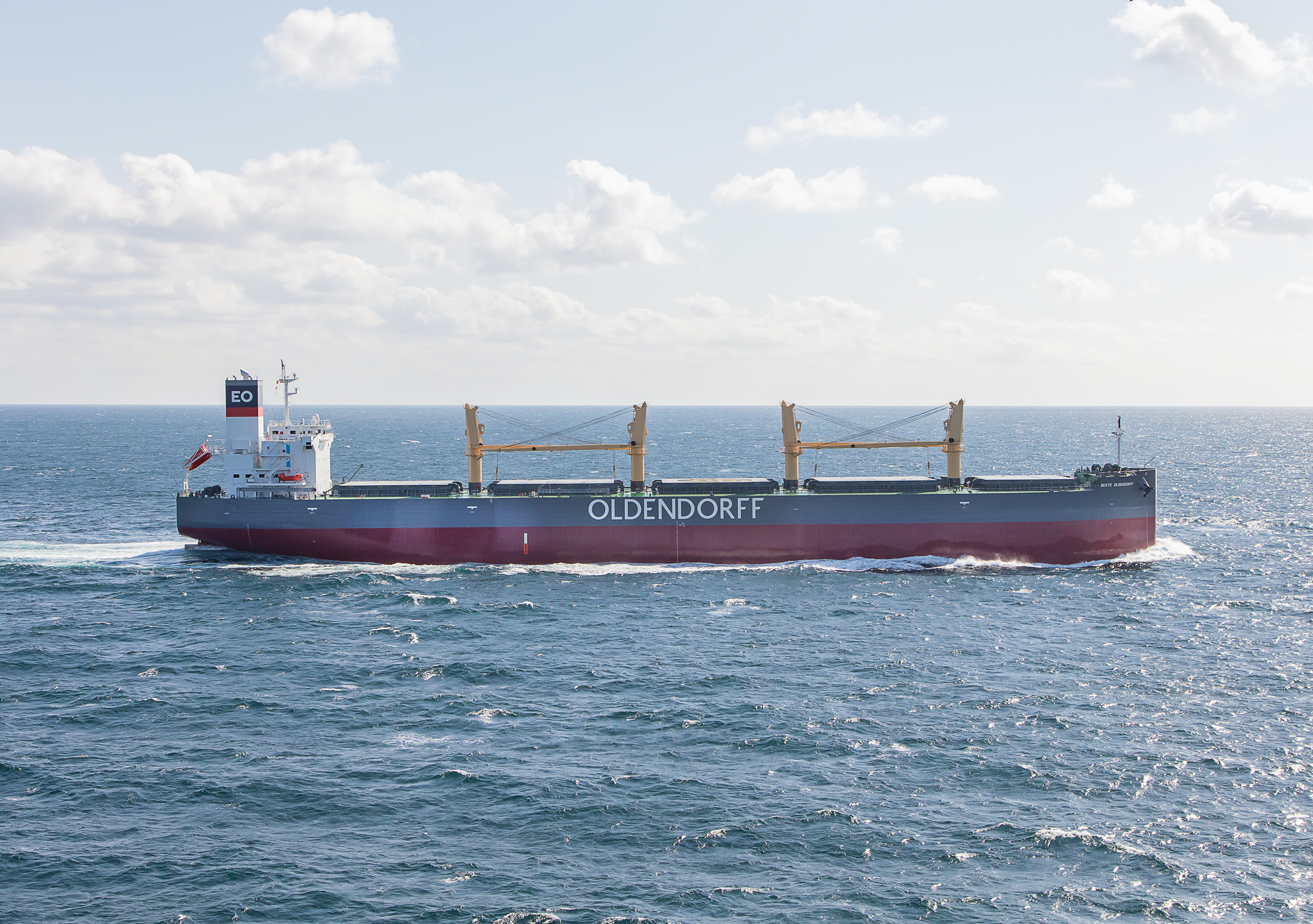 The company has also been active on the second hand market, having snapped up one 209,000 tdw Newcastlemax and two 180,000 tdw Capes from Tata Power with attached long term CoAs, as reported earlier.

The latest acquisition involves a 2010 built 93,000 tdw Post-panamax, which will join our fleet as “Celine Oldendorff” in early August in Hong Kong. We are a market leader in the Postpanamax to Babycape size range, in which we operate around 115 vessels including now 30 owned units. 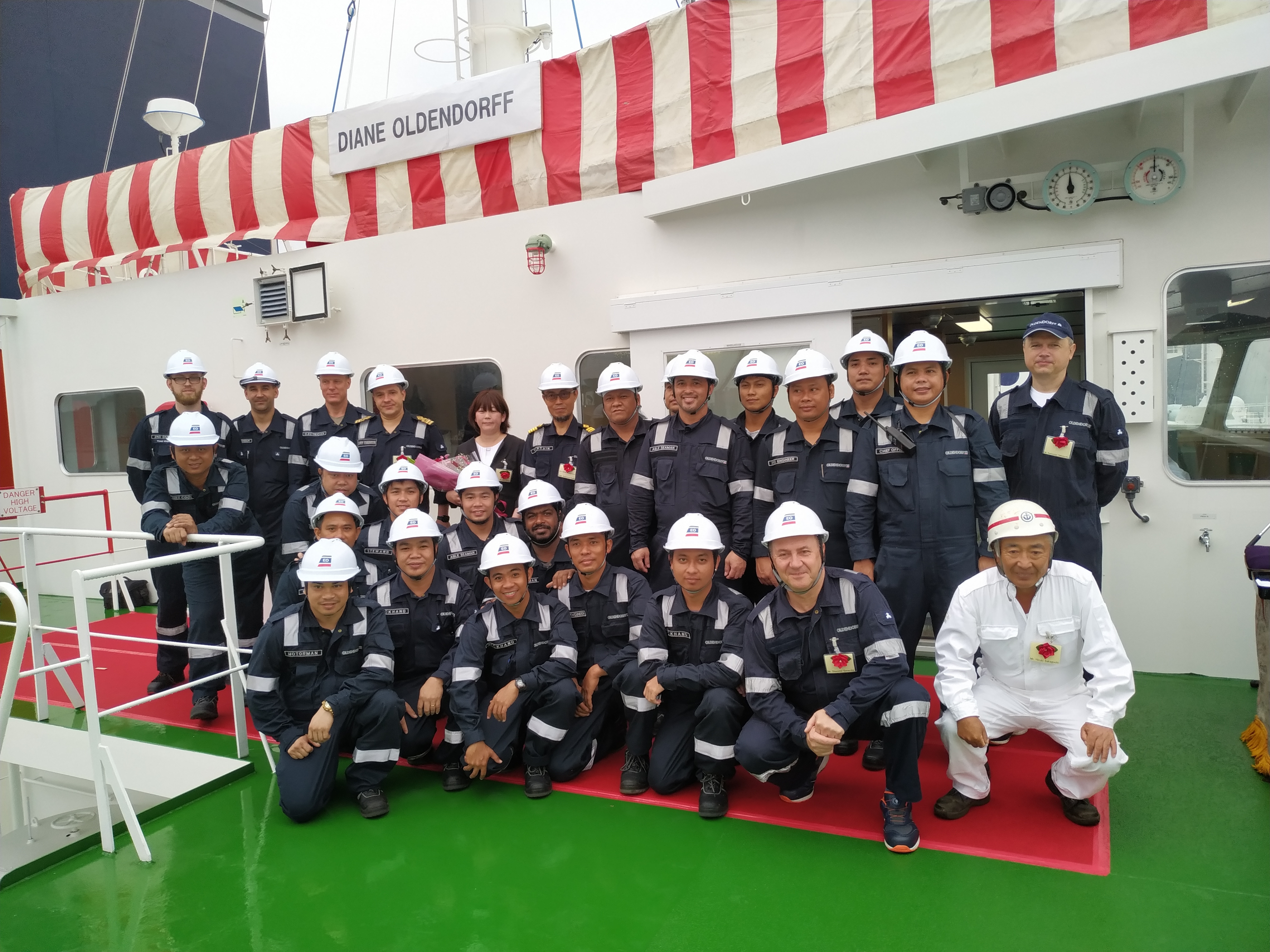 For delivery from 2013 onwards, our S&P desk has done a total 226 transactions (buying and selling) for second hand vessels, newbuildings and newbuilding resales.
Source: Oldendorff Carriers