As the effects of climate change become apparent, carbon recycling, a method used to capture and reuse emitted carbon dioxide (CO2), is attracting attention as one of the paths to a decarbonized society.

Formed within the CCR Study Group in August 2019, the WG aims to explore the feasibility of the concept of utilizing methanation technology (Note 3) for zero-emission ship fuels (Note 4). Through its activities, the WG aims to reduce greenhouse gas emissions to zero in sea transportation, which accounts for 99.6% of Japanese imports and exports, and thereby contribute to the formation of a sustainable society. Specifically, the nine companies listed above plan to assume carbon recycling supply chain of methanation fuel that involves the supply of feedstock CO2, transportation of the feedstock, methanation, and conversion into marine fuel. They will calculate the estimated amount of CO2 emissions in the supply chain, and based on these results, identify technical challenges and develop a roadmap for its realization.

The first stage of activities involves: (1) Separation, capture and liquefaction of CO2 emitted from steelworks (2) Transportation of liquefied CO2 by ship to a hydrogen supply site (3) Generation of synthetic methane from CO2 and hydrogen by methanation reaction, and (4) Liquefaction of the synthetic methane and using it as marine fuel (Figure 1). In addition to obtaining an approximate value of CO2 emissions in this assumed supply chain, the group will also identify challenges and decide whether to proceed with subsequent next-stage activities along with the content of those activities. The acquired knowledge will also be widely disclosed in and out of the industry. 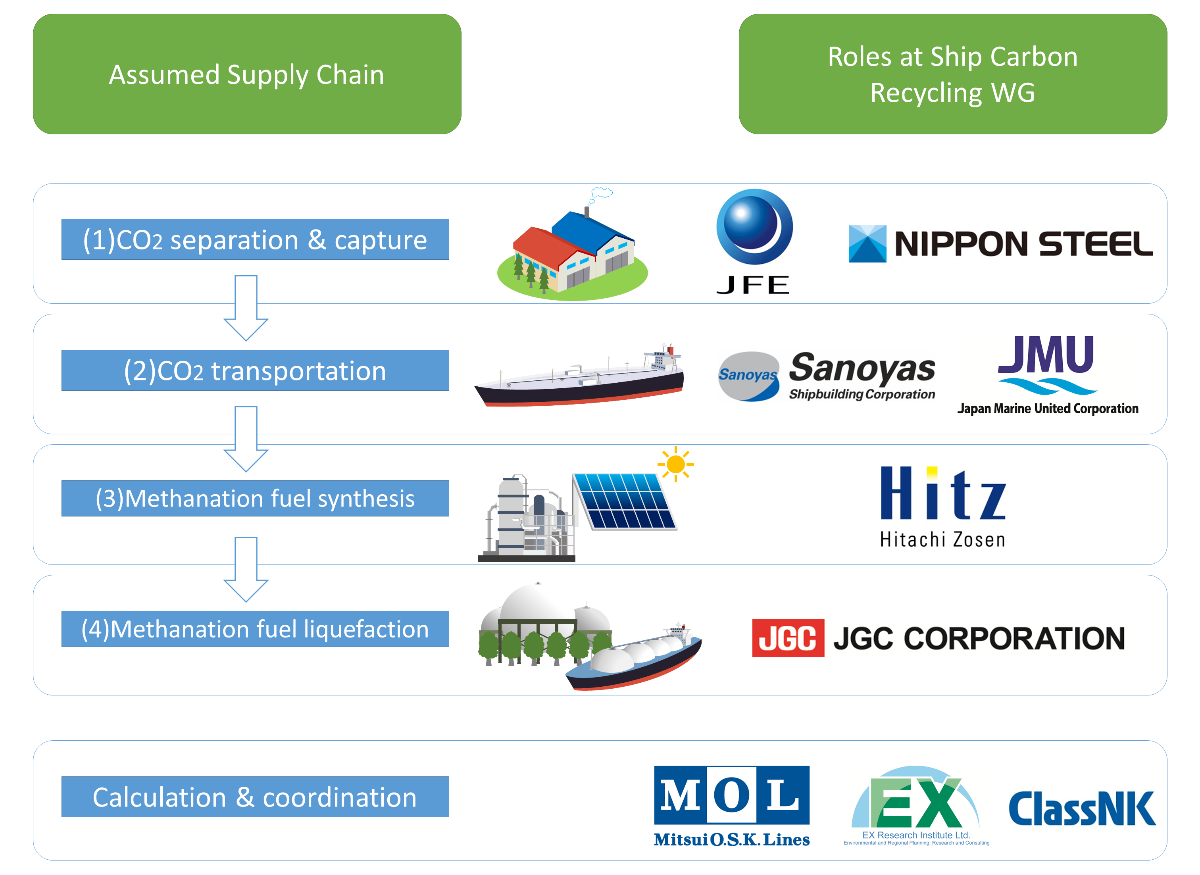 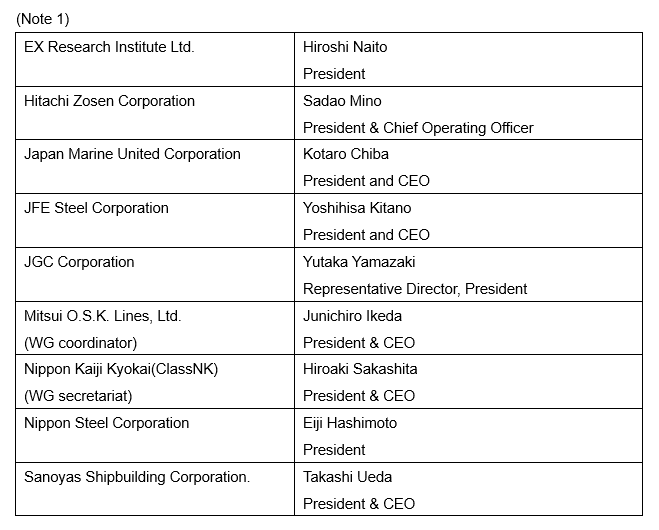 (Note 2) The CCR Study Group was established with the objectives of proposing effective carbon neutral measures to reduce the use of fossil fuels by offering alternative energies such as synthetic methane, which is generated by combining CO2 generated by industries with renewable energy-derived hydrogen, and contributing to the establishment of a new energy supply system by 2050.
https://ccr-tech.org/

(Note 3) Methanation is a technology for synthesizing methane, the main component in natural gas, by causing a chemical reaction between hydrogen and CO2 in a reactor vessel filled with a catalyst. It uses emitted CO2 separated and captured from industrial facilities. As the CO2 generated when combusting synthesized methane is considered to be offset by the separated and captured CO2, it is expected that CO2 emissions can be significantly reduced by using hydrogen generated by electrolyzing water with electricity derived from renewable energy.

(Note 4) The International Maritime Organization (IMO), which is considering measures to reduce GHG emissions in international shipping, adopted a GHG reduction strategy in April 2018, aiming to improve carbon intensity of the sector by at least 40% in 2030 and reduce annual GHG emissions by at least 50% in 2050, both compared to 2008 levels, and eventually phase out GHG emissions as early as possible within the century. Fuel methanation has gathered attention as a highly expected technology for the realization of GHG zero emission.