The Association of Average Adjusters has chosen as its new chairman Michiel Starmans, director of the legal department at Amsterdam-based Spliethoff Group.

Mr Starmans, whose appointment takes effect for 12 months from May 2020, said it was a great honour to lead the association which has just completed its 150th anniversary year and was well equipped through its strengthened structure and its expertise to meet global challenges including the impact of Covid-19.

He declared: “The Association has survived world crises before like the Spanish flu a century ago, the Great Depression in the 1930s and the First and Second World Wars, so it is in the line of expectations that we will overcome this pandemic and the unavoidable worldwide economic recession as well.”

Among specific issues likely to confront average adjusters was the impact of Marpol Annex VI regulations which from January 2020 reduced the global limit of sulphur content in bunker fuels on board ships from 3.5% to 0.5% (with tighter restrictions in designated emission control areas). 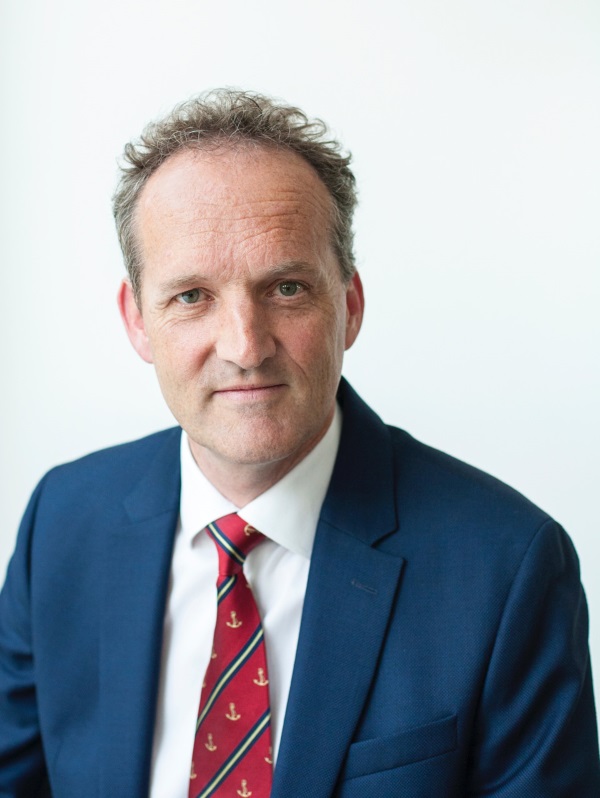 Michiel Starmans of Spliethoff Group, new chairman of the Association of Average Adjusters, says the profession is ready for major global challenges

It remained to be seen what consequences these new environmental regulations might have, “but it is not unthinkable that this might lead to an increase or a new type of engine damage with engines that were designed and built to burn high sulphur fuels. There will be new challenges for adjusters to deal with claims for excess costs of running the engines on low sulphur fuel after a scrubber broke down and is awaiting repairs.”

New regulations and new technologies might result in new types of claims and the same would apply to breakdown of ballast water treatment equipment following the Ballast Water Management Convention. “If the marine insurance market demands uniformity amongst adjusters to deal with these new types of claims, the Association shall be ready to assist,” assured the new chairman.

Mr Starmans affirmed: “The Association represents a group of highly skilled maritime professionals in the international marine and insurance industry, which upholds professional standards of expertise amongst its members through education, training, and examination. This provides the required warranty of impartiality and uniformity of practice in adjusting claims for both marine insurers and their assureds.”

Michiel Starmans has headed the legal department at Spliethoff Group since 2002. Spliethoff is an independent company operating more than 100 vessels including multipurpose types, heavy lift, semi-submersibles, container roll-on roll-off and coasters. Spliethoff expects to celebrate its 100th anniversary in 2021.

He has a bachelor’s and master’s degree in Dutch law from Erasmus University Rotterdam and a master’s in English business law from City of London Polytechnic. He qualified as an Associate of the Chartered Insurance Institute in 1993.

Mr Starmans succeeds Richard Cornah, who is Liverpool-based chairman of Richards Hogg Lindley, as leader of the Association.
Mr Cornah said: “Despite the busy demands of the shipping business, Michiel has maintained close links to the Association as a non-practising Fellow, most recently serving on the Association committee of management. With his broad knowledge of shipping matters, together with his incisive grasp of insurance and General Average issues, he will bring a unique perspective to the role of chairman.”

Burkhard Fischer of Albatross Adjusters, Limassol, has agreed to continue as vice-chairman. Mr Cornah paid tribute to his key role, along with that of Association treasurer Tristan Miller (associate director for claims management at Willis Towers Watson) and Ann Waite of consultancy AW Marine (Association secretary) in completing the final stages of the incorporation process of the Association, creating a new structure essential for a successful future. The aims of the Association remain “the promotion of correct principles in the adjustment of Averages and uniformity of practice amongst Average Adjusters and the maintenance of good professional conduct.”

The Association of Average Adjusters promotes professional principles in the adjustment of marine claims, uniformity of adjusting practice, and the maintenance of high standards of professional conduct. Irrespective of the identity of the instructing party, the average adjuster is bound to act in an impartial and independent manner. The Association plays an important part in London insurance market committees and has strong relationships with international associations and insurance markets.
Source: Association of Average Adjusters