Global bunker fuel prices have remained under pressure and were flat as demand is sluggish. The World Bunker Index MABUX showed insignificant irregular changes in the last 7 days. The 380 HSFO index rose slightly: from 303 to 304 USD/ MT (+1 USD), VLSFO lost 5 USD: from 367 to 362 USD / MT, MGO also went down from 446 to 444 USD / MT (- 2 USD). The price difference between 380 HSFOs and VLSFOs (the so-called Global Scrubber Spread (SS)) increased slightly: USD 60.67 (57.06 USD a week before). SS spread in Rotterdam and Singapore also showed moderate growth over the week: + 13 and + 5 dollars, respectively. SS spread in Singapore was 6-12 dollars higher than in Rotterdam.

The Scrubber Spread – the main incentive behind ship operators adoption of the Scrubber technology – has narrowed significantly in recent months. As a result, the payback period for the investment has increased drastically. Besides, several port authorities over the past year have brought in bans on the discharge of washwater from open-loop scrubbers within their waters. 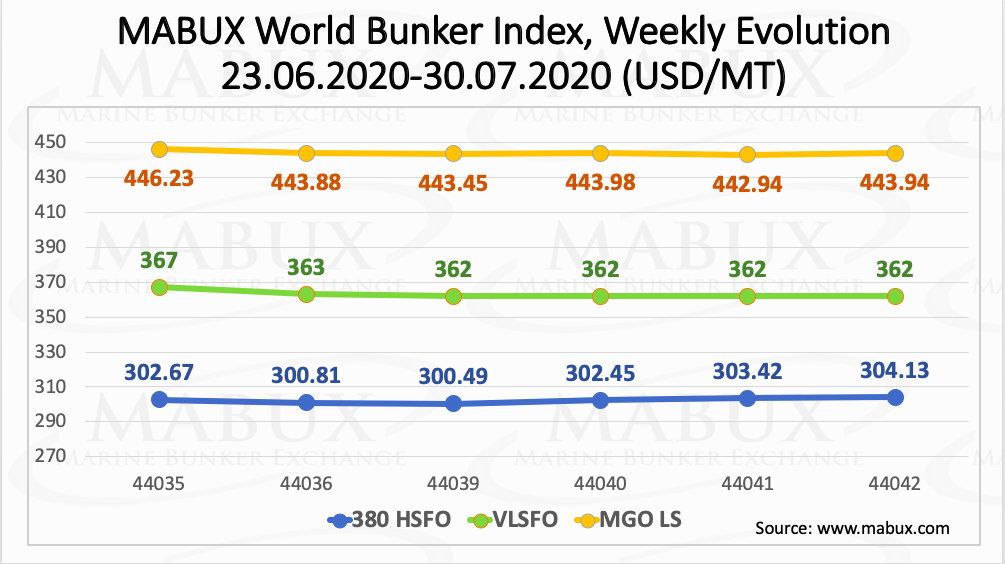 The bans are not a significant financial problem for the owners of scrubber-equipped tonnage as they still cover a small section of the world, but some operational complexity is added by the need to carry sufficient 0.50% sulfur fuel for areas where the use of scrubbers is not permitted. 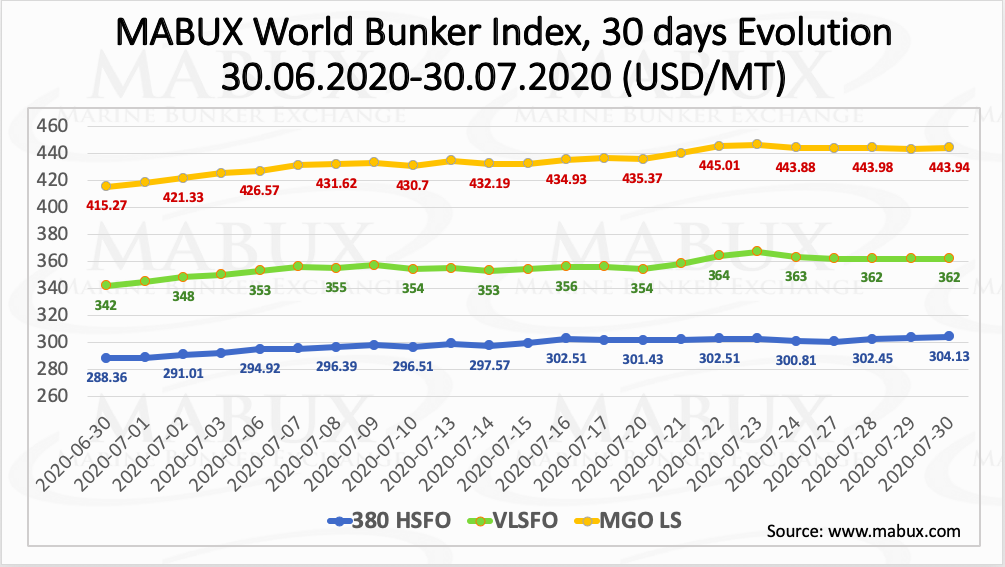 VLSFO bunker fuel quality concerns have risen among market participants recently as floating storage continues to be high due to continual weakness in prices and slow demand. 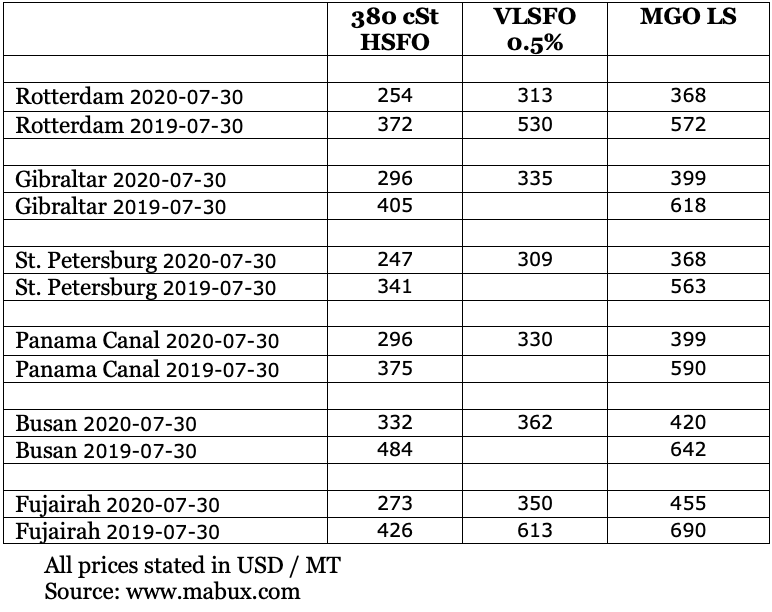 As per some reports, after about 90 days of storage, asphaltenes start to precipitate and sludge problems could develop. The sludge formed may then block the ship’s filters and pipework. 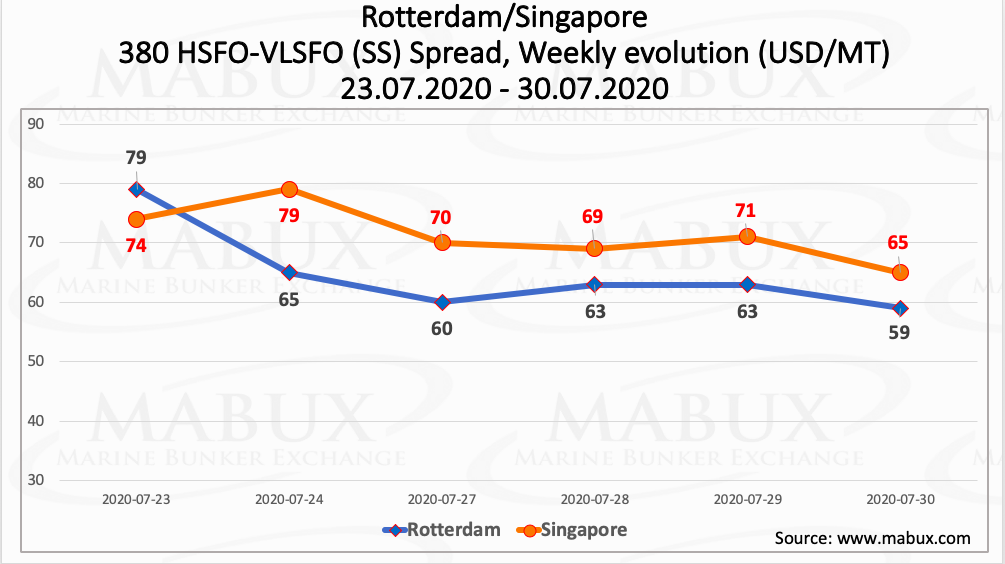 The market is still waiting to see how the quality of the VLSFO been stored onboard floating storage for a prolonged period (6-12 months) will be impacted in the end.
Source: MABUX