NYK Group company Knutsen NYK Offshore Tankers AS (KNOT),* of which NYK has a 50 percent share, has concluded a first long-term time charter contract for up to a 10 year period starting from 2022 for a shuttle tanker** with Petro China International (America) Inc., which is a subsidiary company of PetroChina Company Limited.***

The contract aims to use a 154,000 DWT Suezmax tanker equipped with a dynamic-positioning system built in China by COSCO (Zhoushan) Shipyard Co. Ltd. to shuttle crude oil produced in waters off Brazil.

In accordance with its medium-term management plan “Staying Ahead 2022 with Digitalization and Green,” the NYK Group will continue its efforts to provide stable and economical energy-transport services in the shuttle tanker and offshore businesses.

* Knutsen NYK Offshore Tankers AS (KNOT)
A joint venture company between NYK and TS Shipping Invest AS (TSSI), the parent company of the Knutsen Group. The KNOT Group has a share of about 40 percent of the world shuttle tanker market (not including the number of vessels on order and shuttle tankers in Russia), and with this contract will have 34 shuttle tankers in operation or on order.

*** PetroChina Company Limited
An oil and natural gas company headquartered in Beijing, China, and a subsidiary of China Petroleum and Natural Gas Group (CNPC) that engages in oil refining, distribution, and manufacturing and sales of petrochemical products throughout the group. 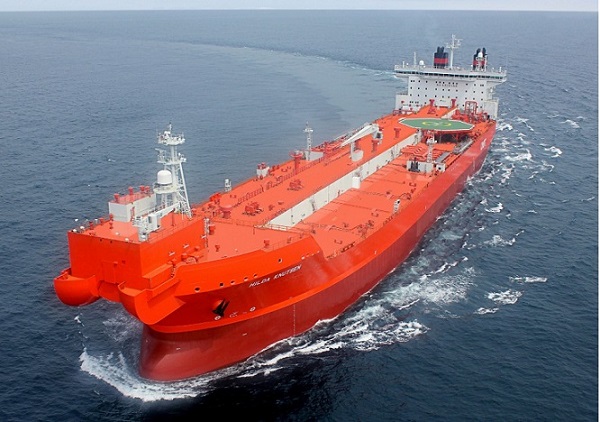