On Friday July 24 at the Maritiem Museum Rotterdam the half hull model of the EcoClipper500 has been handed over to the founder of the EcoClipper B.V. shipping company: captain Jorne Langelaan, by the constructor, ship carpenter Leo Boogerd in cooperation with Bert van Baar of the bootbouwschool and Cadhead’s Marijke de Jong.

The building of this half hull model is the start, and a new milestone, in the development of a series of engineless sailing cargo ships to transport cargo and passengers on shipping lines all over the world. 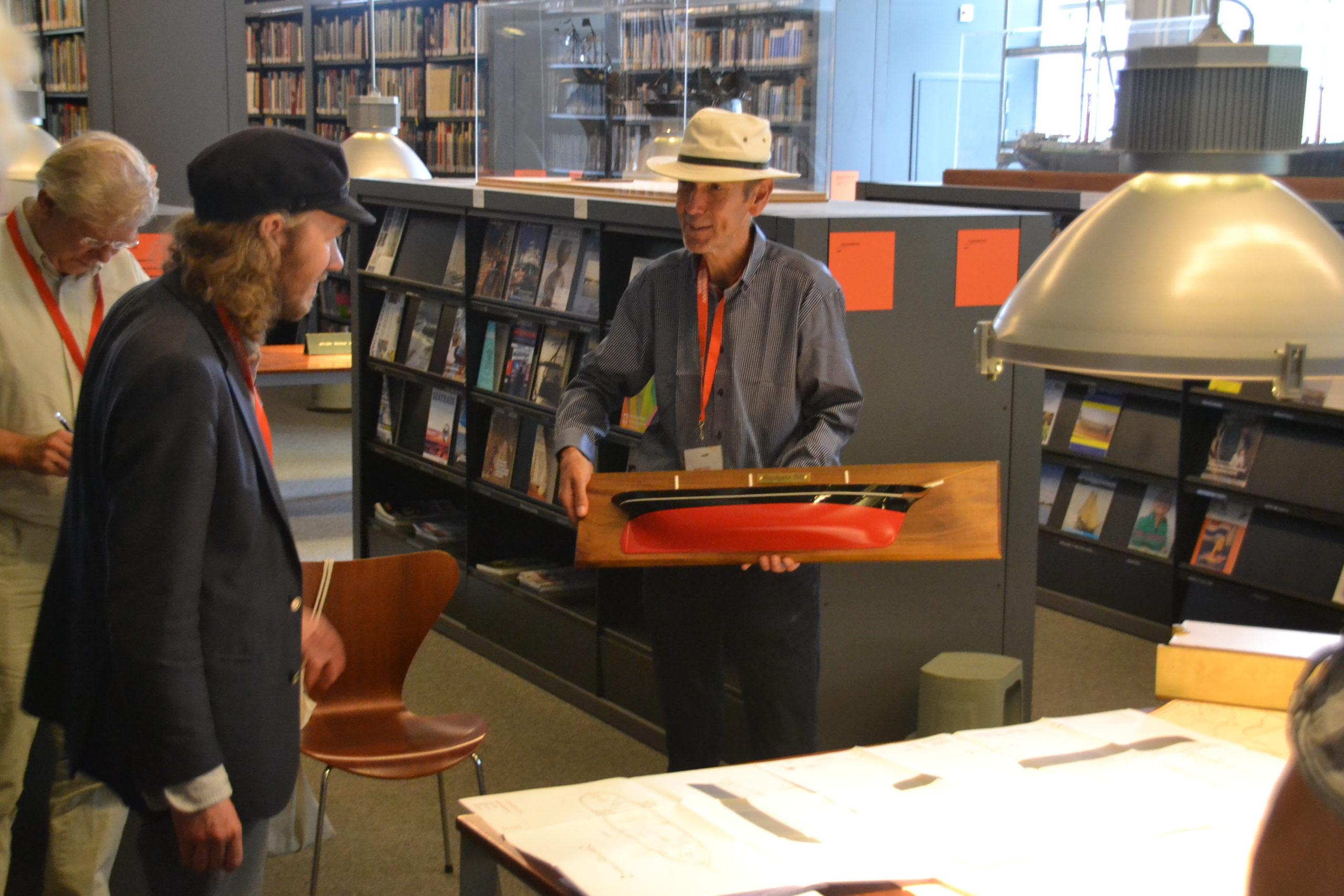 Leo Boogerd handing over the half model of EcoClipper500 prototype to Jorne Langelaan, founder of EcoClipper, in the maritime museum of Rotterdam

Constructing a half hull model used to be common practice in shipbuilding and it was used for the design of the hull. As starboard and portside of a ship are identical, a half model would suffice. It was considered the first step in the building process.

Being one of the founders of the Fairtransport shipping company captain Jorne Langelaan has been striving for many years to re-introduce sailing cargo ships as an alternative for the very polluting shipping and aviation logistics. 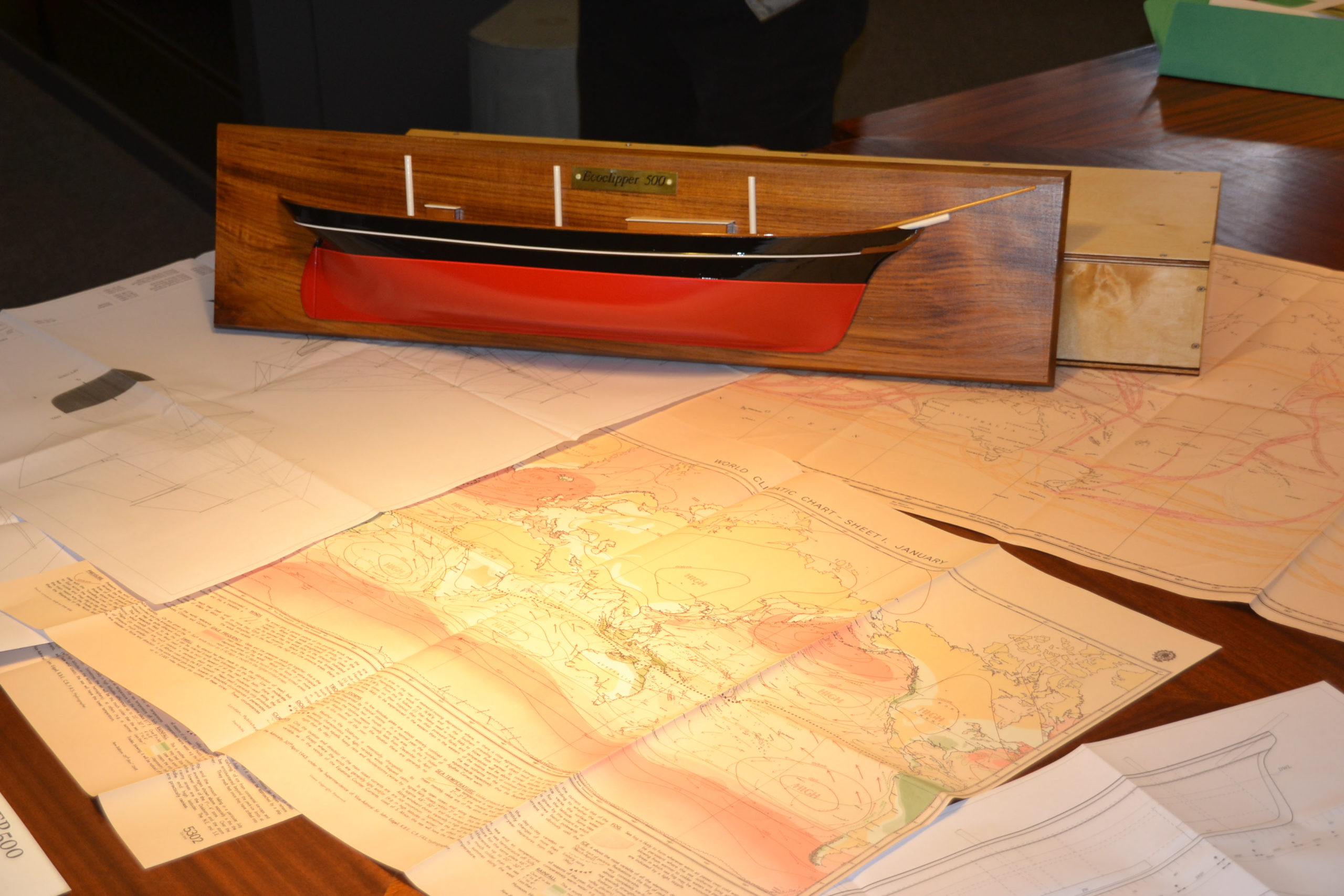 The EcoClipper500 Prototype half model

During the past ten years the sail cargo industry has been growing steadily. Along the European coasts and transatlantic, sailing cargo ships transport sustainable produced products and passengers.

The Maritiem Museum Rotterdam was chosen as a location for the handover of the half hull model, because the EcoClipper ships will be modelled after the Noach -built in 1857 at Kinderdijk in the Netherlands-, one of the fastest and most successful Dutch clippers ever. 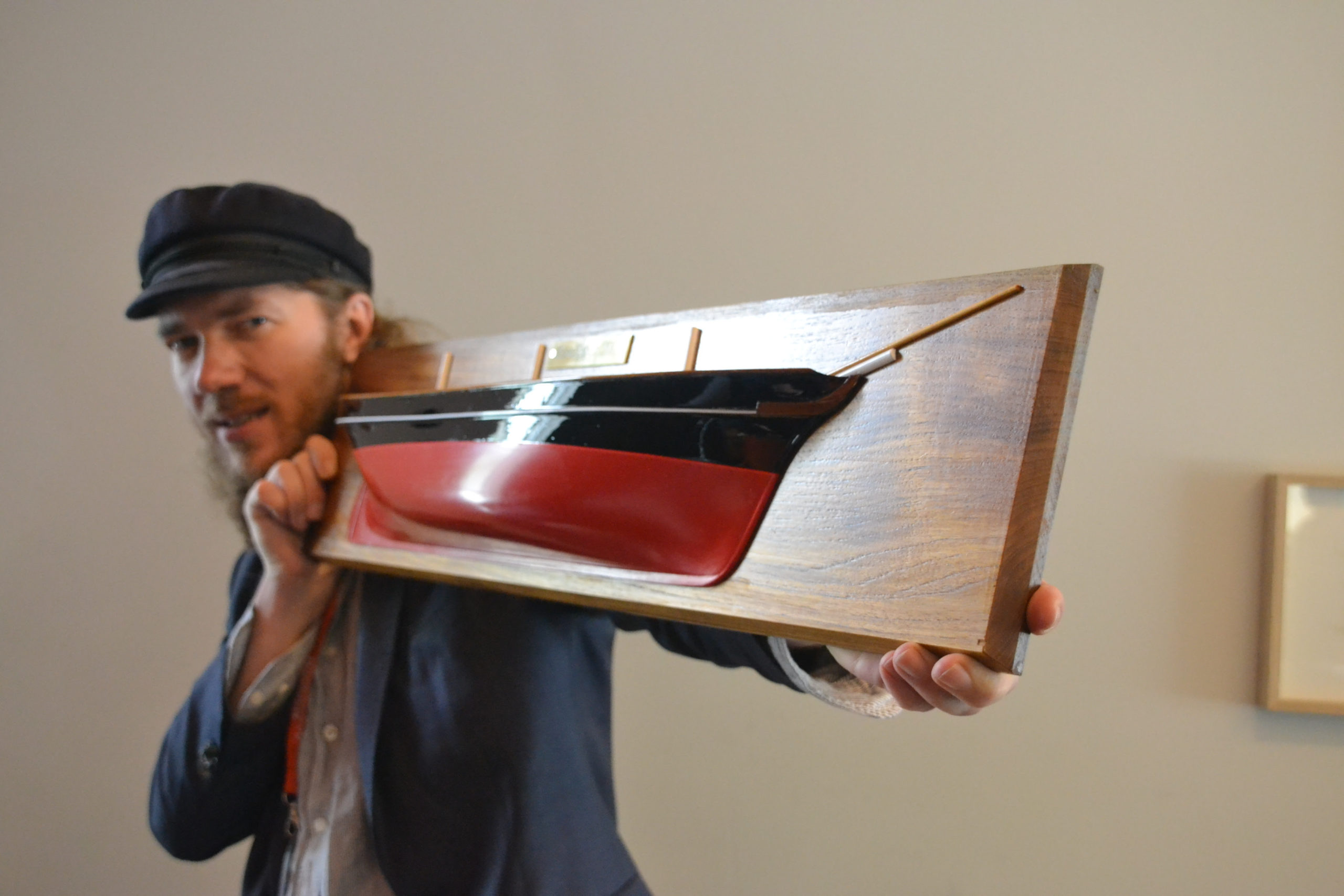 The Noach construction drawings are part of the Maritiem Museum’s collection and were made available for the EcoClipper B.V. shipping company after consultation with the museum’s conservator, and to help start a transition to sustainable shipping.

As captain Jorne Langelaan puts it: ‘The half hull model is the first physical part of the EcoClipper fleet to be.’
Source: EcoClipper B.V.