The International Chamber of Shipping (ICS) and The Oil Companies International Marine Forum (OCIMF), in conjunction with the International Association of Ports and Harbors (IAPH) have today published an updated edition of the International Safety Guide for Oil Tankers and Terminals (ISGOTT). The seminal text, which has become the definitive reference guide for the safe operation of oil tankers and the marine terminals they visit has been updated and enhanced to reflect current best practices and legislation and has been modernised to ensure ease-of-use by personnel on board and ashore.

The Sixth Edition of ISGOTT encompasses the latest thinking on a range of topical issues including enclosed space entry, which continues to be an issue of significant risk on board tankers and at terminal facilities. It also addresses critical issues including gas detection, the toxicity and the toxic effects of petroleum products (including benzene and hydrogen sulphide), the generation of static electricity and stray currents, fire protection and the growing use of mobile electronic technology. 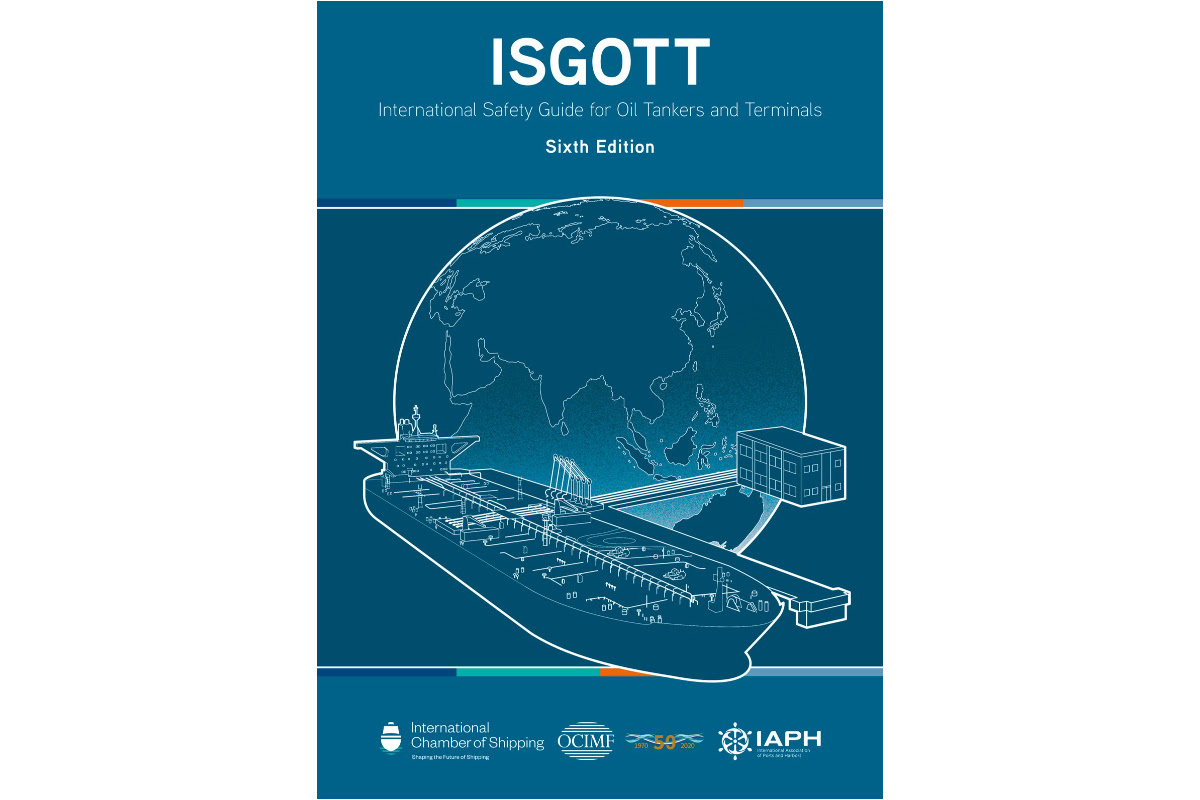 “ISGOTT has become a vital tool for ensuring the safe operation of oil tankers and marine terminals, and use of the guidance has, I have no doubt, positively enhanced the safety of the marine industry. To build on this, we have joined with partners and multidisciplinary subject matter experts in what has been a collective effort to thoroughly review, enhance and refresh the guidance for the benefit of the entire industry.”

“Alongside compliance with the International Maritime Organization’s regulations and codes, publications such as ISGOTT provide an invaluable resource for our industry in sharing and supporting best practice. In updating ISGOTT, the opportunity was taken to include new topics and to significantly reappraise topics previously covered that have undergone a shift in emphasis since the last edition.”

For use in conjunction with ISGOTT, the Ship/Shore Safety and Bunkering Operations Checklists contained within the publication have been released to download free-of-charge, enabling both individual and joint responsibilities for the tanker and the terminal to be clearly and easily communicated before arrival, as well as when alongside.

The new revision of ISGOTT updates and replaces the prior Fifth Edition that was published in 2006. Support has been provided by other industry associations including the International Association of Independent Tanker Owners (INTERTANKO), the Society for Gas as a Marine Fuel (SGMF), the Society of International Gas Tanker and Terminal Operators (SIGTTO) as well as other industry specialists.

In the Sixth Edition, significant emphasis has been placed on reflecting changes in the understanding of the impact of human factors in tanker and terminal operations and ensuring that the recommendations in ISGOTT are included in Safety Management Systems (SMSs) and procedures.

Other key areas which have been updated include marine terminal administration and the critical importance of the tanker/terminal interface, alternative and emerging technologies, and bunkering operations, including the use of alternative fuels such as Liquefied Natural Gas (LNG). ISGOTT is also aligned with OCIMF’s recently revised Mooring Equipment Guidelines, and information covering maritime security and linkage to both the International Ship and Port Facility Security (ISPS) Code and industry’s maritime security Best Management Practices (BMP) is also included.

Ensuring the guidance is thorough, accurate and easy-to-follow without sacrificing on detail has been a critical concern for the authors. The Sixth Edition of ISGOTT is easier to navigate, available in digital format for quick reference, and includes updated visual references and guidance. The book and e-book are available to purchase from Witherby Publishing Group here: https://www.witherbyseamanship.com/isgott-6th-edition-international-safety-guide-for-oil-tankers-and-terminals.html

The Ship/Shore Safety and Bunkering Operations Checklists can be downloaded from OCIMF’s website, here: https://www.ocimf.org/publications/books/international-safety-guide-for-tankers-and-terminals-(isgott-6).aspx

With the publication of this updated edition, International Safety Guide for Oil Tankers and Terminals, Fifth Edition (2006) has been superseded and removed from distribution.
Source: OCIMF