Home
»
Breaking News
»
I-Tech research finds that even before COVID-19, over 40% of vessels had unacceptable levels of barnacle fouling

I-Tech contracted independent marine coating consultants, Safinah Group, to analyse underwater hull fouling condition on a sample of 249 ships which drydocked over a four-year period between 2015-2019. The sample included all major ship types covering a range of trading activity.

It was found that nearly every vessel surveyed had some degree of underwater hull hard fouling. On 44% of vessels surveyed, over 10% of the underwater hull surface was covered with hard fouling. Anything more than 10% coverage is deemed to cause an ‘unacceptable’ impact on vessel performance by experts.

Extrapolating from published data taken from a 2011 study by Michael P. Schultz1 , this level of hard fouling could be responsible for at least 110 million tonnes of excess carbon emissions, and an additional US $6 billion spent on fuel per year for the global commercial fleet. The true figure is likely to be higher, as this is a conservative calculation based on today’s relatively low fuel prices and only assumes a 10% coverage of hard fouling.

Therefore, the significant extent of hard fouling found across th 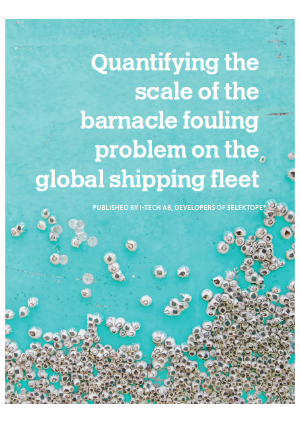 Quantifying the scale of the barnacle fouling problem on the global shipping fleet – published by I-Tech AB, developers of Selektope®

is sample of vessels demonstrates the magnitude of unnecessary demand being placed on engines because of hard fouling, increasing fuel consumption and emissions, and exacerbating speed losses due to increased hydrodynamic drag.

Barnacle fouling can only occur when a vessel is static for a few weeks in coastal waters. Since this data analysis was carried out before the COVID-19 pandemic, I-Tech anticipates that in recent months, the extent of barnacle fouling coverage across the global fleet will have increased significantly, particularly for the huge proportion of vessels that have laid idle.

As most antifouling coatings only offer a guarantee for protection for up to 30 days of idling, many owners will now be at risk of performance issues caused by hard fouling.

Dr Markus Hoffmann, Technical Director of I-Tech AB says: “With up to 5% of underwater hull fouling coverage being seen as good and up to 10% being considered acceptable, the findings that 44% of vessels having more than 10% hull fouling is troubling, even more so when we consider the impact of long idle periods.” 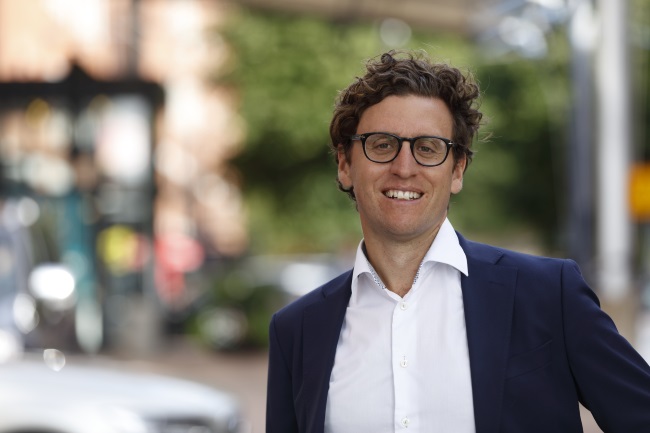 “Shipowners, operators and managers need to be proactive on prevention when considering the antifouling components of their coatings and static-period guarantees offered to ensure they protect their vessel from hard fouling during any unanticipated long idling periods, such as those recently encountered.”

“They will strongly need to consider which antifouling additives enable idle period guarantees that are longer than 30 days, such as Selektope®.”

Philip Chaabane, CEO, I-Tech AB adds: “The opening few months of this year have presented some of the most challenging times for the global shipping industry. We have seen an increase in the number of idle vessels as the shipping industry reacts to the commercial impact of COVID-19. This presents an additional and unwelcome challenge for the industry and serves as a reminder that owners and managers need to be more aware of the risk of significant financial penalties that are accumulating below the waterline from biofouling.” 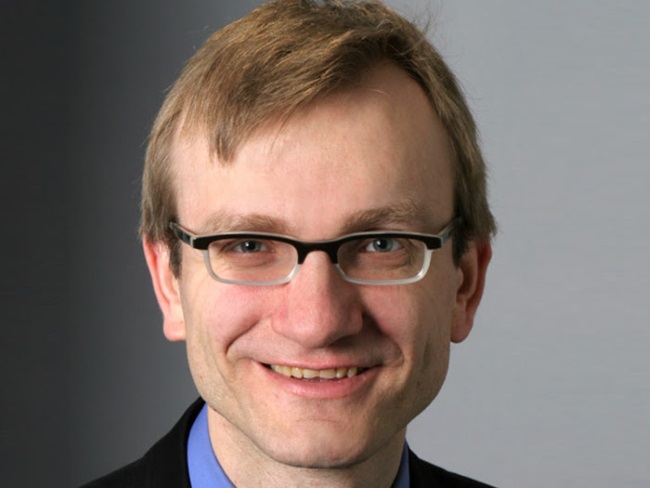 “The insight into the barnacle fouling problem across the global fleet, based on the inspections carried out by the Safinah Group, make for alarming reading. Based on this sampling, it is extremely likely that a large proportion of vessels are in fact operating with high degrees of hard fouling. Given the increase in idle vessels throughout the first six months of 2020, we can reliably assume that the extent of fouling across the shipping industry will have spiked significantly.”

“This entire period needs to serve as a lesson for our industry, coating specifications need to be taking into account the possibility that ships could at any time be forced into extensive idle periods.”

The first part of the two-part study has been published by I-Tech in a whitepaper entitled ‘Quantifying the scale of the barnacle fouling problem on the global shipping fleet’ which can be accessed here: https://selektope.com/whitepapers/

The second part of the research study, which examines the extent of the barnacle fouling problem in niche areas, will be released later in 2020.
Source: I-Tech