German Albanian Logistics Agency (GALA) has completed the most extensive project in the company’s history. As shipping agent and full logistics supplier, GALA had been part of the Trans Adriatic Pipeline (TAP) program since 2015. Now, five years later, the 105-kilometer-long pipeline connects Albania and Italy as part of the Southern Gas Corridor. „Working together with several of the most important players in the industry and meeting their expectations to the fullest extent has been a very pleasing and valuable experience for us,“ says GALA’s managing director Fation Dervishi. „At the same time, it was a great opportunity to showcase our expertise.“ As part of this multi-national energy project, GALA cooperated with esteemed companies from France, Norway, Australia, Belgium, Italy, the Netherlands, Germany, the US and other countries.

GALA is a member of the German EMS-Fehn-Group. Working hand in hand, further companies of the group have significantly contributed to the TAP project. EMS Albanian Port Operator (EMS APO), for example, provided services and its East Terminal in the port of Durres. There, in Albania’s most important harbour, a total of 145,000 tons of project cargo were handled in the course of the program – the major part of it being 135,000 tons of pipes. Another member of the group, EMS Chartering, gave support by helping to handle the cargo. „For us, the TAP project has been an outstanding team effort, especially strengthening our position as a full-service logistics supplier in the Balkans,“ says EMS-Fehn-Group’s CEO Manfred Müller. 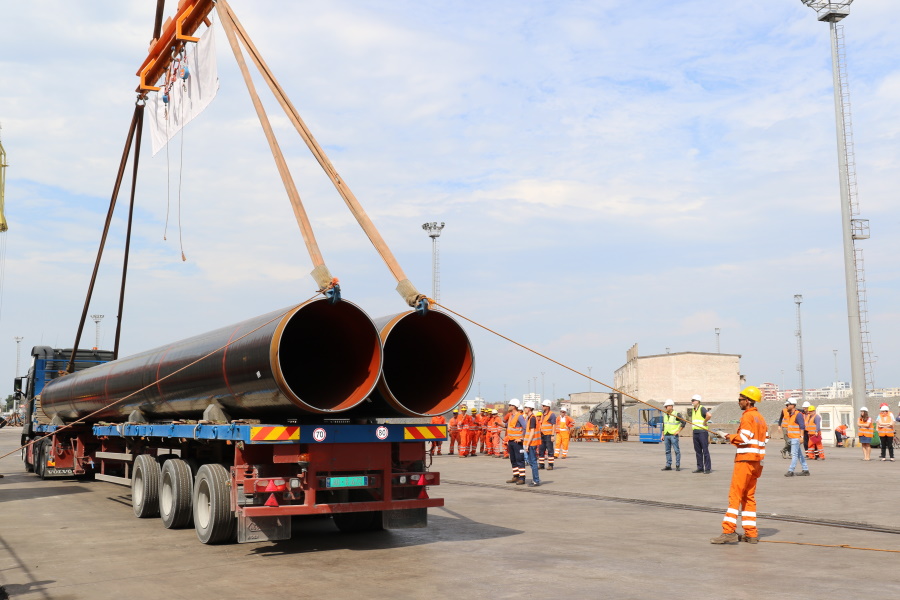 In the past five years, Durres-based GALA provided agency and logistics services for more than two thirds of the vessels involved in building the pipeline. In numbers, this amounts to 36 ships, 87 port calls and 849 crew changes – including accommodation for seafarers. „We even chartered a special boat to be able to supply the vessels with provisions, spare parts and personell out on the Adriatic Sea 24 hours a day,“ says GALA’s managing director Dervishi.

At the same time, GALA was responsible for smooth procedures with authorities, took care of customs and permits for its clients and supplied them with special machinery and specialised personell. The agency also managed a significant number of oversize transports with trucks and vessels – within Albania and beyond its borders. „We are proud to have contributed to the TAP project with a flawless record,“ says Dervishi. „Always on time and on budget, we ensured smooth operations in a safe environment.“
Source: German Albanian Logistics Agency (GALA)