The Ports, Customs and Free Zone Corporation (PCFC), in cooperation with Dubai Maritime City Authority (DMCA), have launched the Marine Agency to oversee wooden dhow ships and regulate all their activities while they’re in Dubai waters. The agency is an organizational unit managed by PCFC and works according to regulations in coordination with the competent government authorities. The move is part of PCFC’s constant efforts to strengthen Dubai’s trade environment and maintain the Emirate’s status as a global maritime trading hub that attracts different trade sectors from neighbouring countries.

Dubai is a key destination for dhow ships carrying various types of merchandise and goods from several MENA region countries. Each year, dhows transport over 720,000 tonnes of goods. The move also aims to consolidate the safety and security of dhows in Dubai waters.
Sultan Ahmed Bin Sulayem Chairman of the Ports, Customs and Free Zone Corporation said, “Responsibilities of the Marine Agency will not be limited to following up on transactions and collecting fees. Rather, its main responsibility will be to develop the current dhow trade sector by proposing legislations and regulations to develop their operations to gradually use electronic services and smart trade solutions to expedite the procedures. The agency is also responsible for looking after the interests of the dhow owners and ensuring the safety, security and rights of seafarers while in Dubai.” 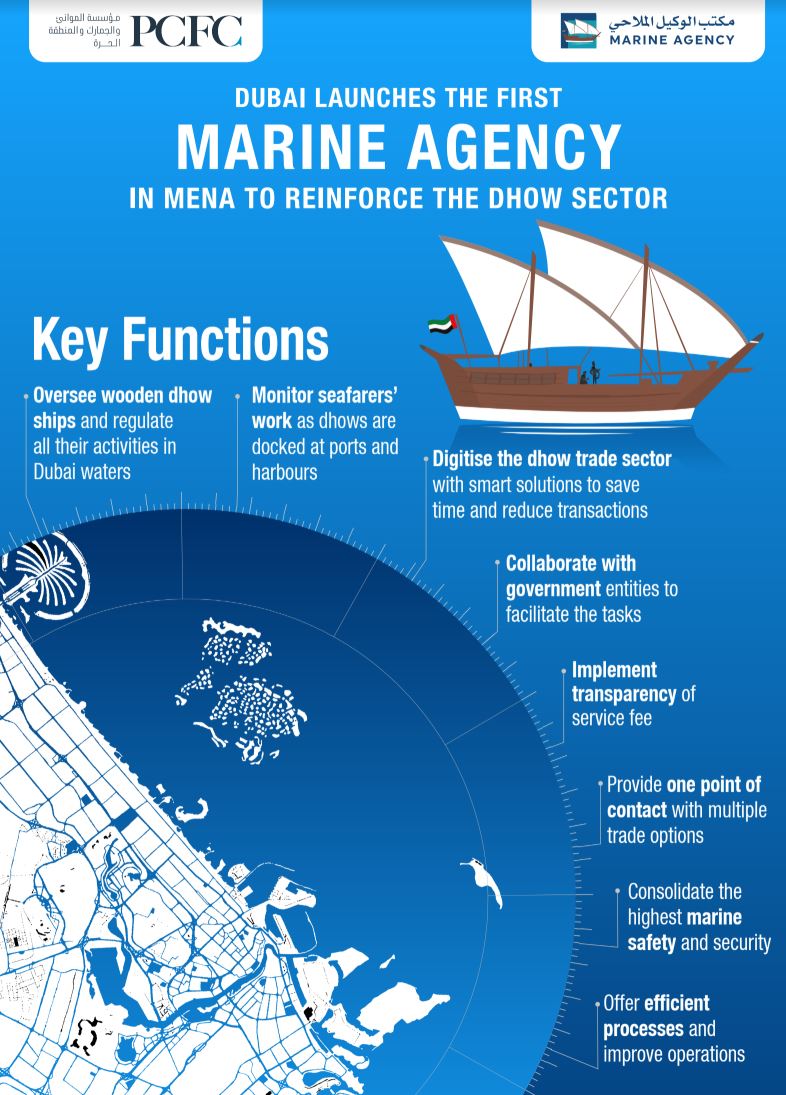 Bin Sulayem added: “Since the establishment of Dubai, dhows have played a distinguished role in its trade. Our ancestors used dhows to travel the world and bring all kinds of goods, food, and life necessities. However, the glamour of giant cargo ships made people forget dhows and their important role in trade. At PCFC, we are reviving and strengthening this sector by establishing the Marine Agency, which will facilitate entry and exit of dhows and their crew as well as complete their procedures at the competent government authorities. The agency will also be responsible for protecting the rights of local dhow owners and taking care of foreign dhows. They will all have one point of contact to take care of their affairs and respond to their concerns to facilitate their business in Dubai.”

The Marine Agency will be the only entity responsible for dealing with dhows during their presence in Dubai waters. It will collect fees, wages and expenses due to the concerned government authorities from dhow owners or operators and pay them on their behalf. The agency will also monitor seafarers’ work as dhows are docked at the ports and harbours until they depart. The agency will coordinate with the relevant government authorities on marine safety of dhows, and coordinate with the competent authorities in case of any marine accidents or emergencies.

The agency will also collaborate with relevant government entities to facilitate its tasks and operations in Dubai waters, including Dubai Police, the General Directorate of Residency and Foreigners Affairs, Dubai Customs, Dubai Municipality, the Roads and Transport Authority, the General Authority of Ports, Borders and Free Zones Security, Coast Guard and the Dubai Civil Defense. The agency is also responsible for forming joint task forces to deal with accidents, crises or disasters to ensure maritime safety of dhows in Dubai waters and improve the services offered to them. It will also ensure that dhows comply with the safety and security requirements and that seafarers have all firefighting equipment and rescue tools. 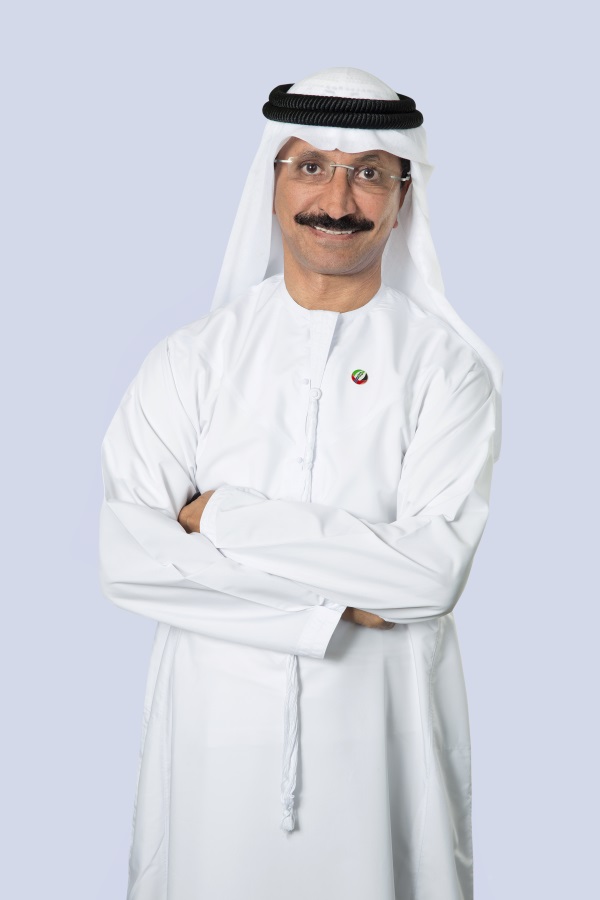 The Marine Agency will help dhow owners develop their business by saving their time and reducing the number of transactions to clear their goods. It will also provide them with one point of contact, offering them multiple trade options such as long-term contract opportunities for their services. All local and foreign dhow owners will have to register their ships with the agency and follow its rules for sailing and carrying out shipping and loading operations in Dubai ports.

The agency will also implement transparency of service fee applicable to local traders, and will be responsible for several services including cargo handling, ensuring goods safety and damage control during discharge/loading, berth booking, etc.
Source: PCFC