The new VLCC with a centreline longitudinal bulkhead design concept was developed by HHI, marking a world first. The concept introduces a single centreline design with two rows of cargo tanks, resulting in seven pairs of tanks and one additional pair of slop tanks.

The main benefit is an improvement in the operator’s convenience in terms of cleaning, inspection and maintenance by simpler structural, loading and piping arrangements, as well as the reduction of piping systems and instruments due to a smaller number of cargo tanks. Furthermore, the fuel consumption was improved by developing new design lines for the new VLCC with a centreline longitudinal bulkhead.

“Through joint development projects with DNV GL, we aim to develop new technologies which enable our clients to comply with environmental regulations and navigate their vessels in a safe and efficient way,” said Seung Ho Jeon. “We believe the recent GASA approval is opening up a new era of VLCC designs which significantly strengthen the competitiveness of these HHI built ships.”

“The purpose of DNV GL is to contribute to the construction and operation of smart and safe ships. We are pleased to have collaborated with HHI in this exciting project and we wish the shipyard further success with its new VLCC design,” said Vidar Dolonen.

As part of the GASA scope, DNV GL carried out a full structural verification and feasibility study in accordance with classification rules and harmonized common structural rules (CSR). The details were confirmed by a fine mesh analysis and a fatigue analysis. In addition, the sloshing and local vibration analyses for cargo tanks were reviewed in a comparative study to enhance the structural reliability of this new VLCC. 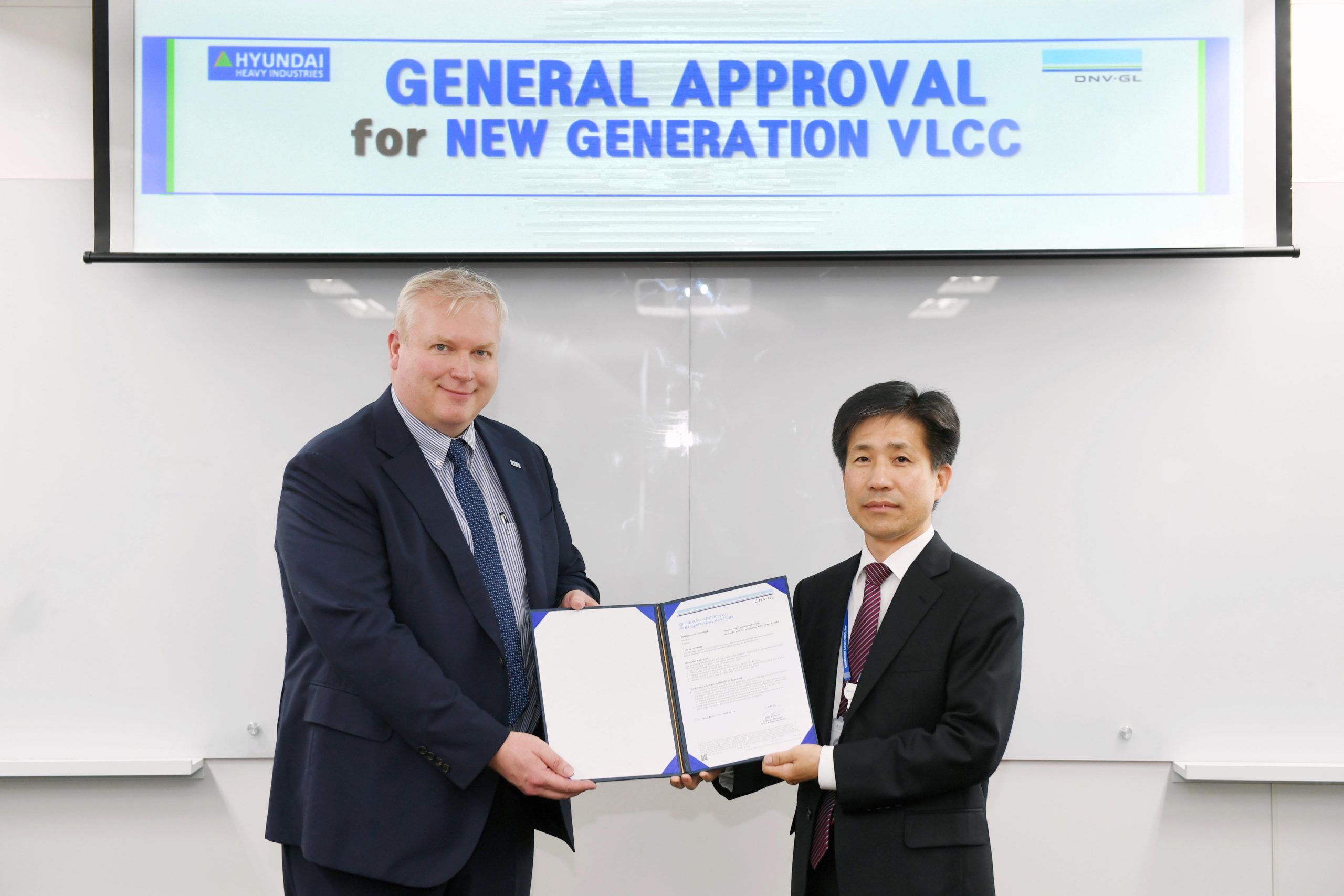