The pandemic-led weak projections for economic growth will derail US LNG exports in full-year 2020 with the country also losing ground in the long term due to major delays in liquefaction projects.

US LNG exports were strong between 2017 and 2019, driven by the shale gas boom, rising demand for natural gas in Asia and higher global LNG prices. The US exported 3.9 million tonnes of LNG in 2016 which increased at a whopping 114% CAGR to 38.2 million tonnes in 2019.

The US is currently the third-largest global LNG exporter with six operational LNG export terminals aggregating 62 mtpa of liquefaction capacity and another 41 mtpa capacity under construction. Brownfiled projects such as Sabine Pass, Corpus Christi, Cameron LNG and Elba Island will reach their full capacities between 2020 and 2027 and greenfield projects such as Golden Pass LNG and Calcasieu Pass will become operational during the same period.

Existing LNG production capacity in the US has been impacted by the pandemic with over 110 LNG cargoes being cancelled by Asian and European customers during June-August due to the low LNG spot price which narrowed the US-Asia and US-Europe price arbitrage. Moreover, major US LNG importers – Japan, South Korea and Taiwan – have seen their LNG demand dwindling, while US-China LNG trade has not been able to pick up as some would have hoped. With projections for LNG spot prices below $5 per MMBtu over the next few years, we expect more cancellations to occur in the coming years making the US a ‘swing LNG producer.’ 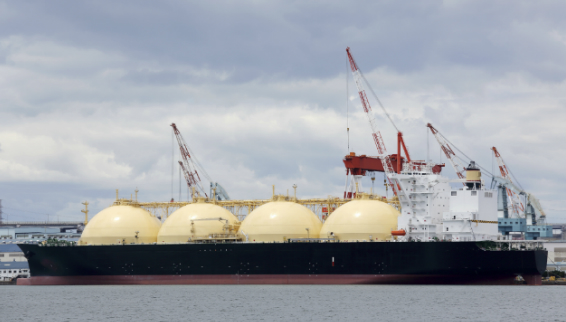 The ‘second wave’ of LNG liquefaction including mega-LNG projects (such as Driftwood LNG, Port Arthur LNG, Golden Pass, Calcasieu LNG, Plaquemines LNG, Magnolia LNG, Jordan Cove LNG and Rio Grande LNG) constitute over 160 mtpa of planned liquefaction capacity. These projects were initially expected to be operational by 2025, but are currently facing major trouble in securing funding and long-term supply deals required for reaching an FID. Only two projects (Golden Pass and Calcasieu Pass LNG) have attained the FID and have started construction, while over 10 major LNG liquefaction projects which were expected to reach the FID in 2020 have been delayed due to low LNG prices and weak economic growth projections.

The future for these projects looks uncertain as most of them had fixed the all-inclusive selling price for LNG at $8 per MMBtu for Asia ($2 for Henry Hub, $3 for liquefaction, $2-3 transportation) which is highly uncompetitive in the current market. Only a marginal recovery in LNG prices is projected for the next few years which further increases the woes for promoters of the planned projects in securing funding and supply deals. Meanwhile, a major competitor for US LNG, Qatar enjoys a break-even price below $2 per MMBtu as well as proximity to the Asian market. Qatar’s North Field Expansion (NFE) project’s Phase-1 (33 mtpa) and Phase-2 (16 mtpa) are also backed by the government, increasing the probability of their completion and in the process creating more trouble for the planned US projects.

The pandemic has already created severe financial woes for some US projects. For instance, a deal between Driftwood’s promoter Tellurian and India’s Petronet LNG fell through, raising doubts over the proposed 27.6 mtpa project. Although negotiations are still underway, Tellurian faces high competition from Russian and African projects. Shell has also exited the Lake Charles LNG project, increasing the uncertainty of the project for the other participants, while Magnolia LNG’s promoter LNG Ltd has been taken over by another entity after it went bankrupt, delaying the project further.

Some projects like Lake Charles and Rio Grande have gone back to the drawing board and plan to reduce trains to decrease the capex cost while others are cutting workforce and raising loans to keep their projects afloat. Most project developers are hopingfor an easing of US-China tensions and the prospect of securinga share of the rising LNG demand in China, which is projected to grow at over 10% CAGR between 2020 and 2025. However, China’s LNG importers may not be too keen on long-term supply deals with US companies given the current low prices and the uncertainty over US-China trade relations. Ties between China and Qatar are also strengthening with the latter reserving 16 LNG carrier newbuild berths at a Chinese shipyard.

Overall, project delays are expected to hurt the US deeply in the long term while other LNG producers – Qatar, Russia and Mozambique – gain from the narrowing supply-demand gap from 2023 onwards. Qatar has already reserved LNG carrier newbuilding berths at shipyards and has selected a technology partner for the NFE project while Russia’s Arctic LNG-2 is on schedule with added investments made for Arc-7 LNG carriers and large FSUs to keep the Northern Sea Route (NSR) active most of the year.

US LNG woes have had a cascading effect on the LNG shipping market, depressing charter rates. The fall in US-Asia LNG trade has negatively affected shipping demand which, along with cancellations, has increased vessel availability in the market. At present, the fall in charter rates is arrested by a rise in floating storage, but this situation is not sustainable in the long term with LNG prices remaining depressed and over 120 LNG carriers scheduled to be delivered during 2020-21.

An estimated 140 new orders for LNG carriers during 2020-23 would be left hanging if the planned US LNG projects fail to progress. The loss of orders will impact LNG shipyards which have already begun to reel under low orders (only eight vessels were ordered in 1H20). While project-linked ordering from Qatar, Russia and Mozambique will bring some respite the drying up of speculative orders will most certainly be a huge loss for the LNG shipping market as a whole.

To conclude US LNG exports will grow at a slower pace in the coming years as long-term supply deals have already been signed for the under-construction projects. However, stiff competition from other producers amid low LNG prices will impact their share in the Asian market. The fall in US-Asia trade will negatively impact shipping demand and further reduce the number of vessels required for LNG trade. Overall, we expect US LNG exports to be seasonal in the long run with Europe playing a much larger role in the future.
Source: Drewry