This vessel comes equipped with a scrubber system* that is compliant with the International Maritime Organization’s more stringent SOx emission regulation that became effective in January.** In addition, J Mare is expected to produce less CO2 emissions through the use of the energy-saving device MT-FAST,*** which was jointly developed in cooperation with Tsuneishi Shipbuilding Co. Ltd. and NYK subsidiary MTI.

In accordance with its medium-term management plan “Staying Ahead 2022 with Digitalization and Green” announced in 2018, NYK continues to contribute to a stable energy supply for local society through the operation of environment-friendly ships, thus realizing the sustainable creation of new corporate and social value. 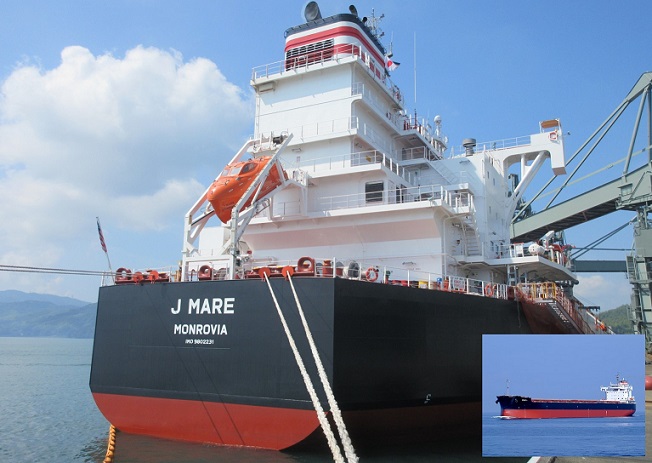 ** SOx Global Cap regulations
SOx emission regulations based on the 2008 amendment of the 1997 protocol on ship pollution prevention (Annex VI of the MARPOL Convention). From January 1, 2020, the allowable limit of sulfur in ship fuel oil was reduced from 3.5% to 0.5%.

*** MT-FAST
MT-FAST is attached to a ship’s hull just forward of the propeller and improves the flow of water around the propeller by reducing the swirling flow generated behind the propeller, thus improving propulsion efficiency and reducing fuel consumption by around 3–5 percent.
Source: NYK Line