As a result of the strict capacity management by the carriers, rates have remained strong and earnings for the major shipping lines have remained remarkably stable given the horrific market circumstances encountered in the first half of the year. The management of capacity, and therefore the indirect management of rates, has raised questions about the market power that is now exerted by the major carriers and the alliance system as it stands today. The question has been prominent in recent months on the back of the renewal of the EU Consortia Block Exemption Regulation but the market situation throughout the corona crisis, the high rates and reduced services may leave shippers feeling a little sore at a time when many have struggled and may be looking to take on additional debt financing or cutting staff. Shippers have often complained about falling service levels, reliability, and the lack of available options and so the recent scenario rubs salt into the wounds. Overall, questions are being raised as to whether too much capacity was cut. 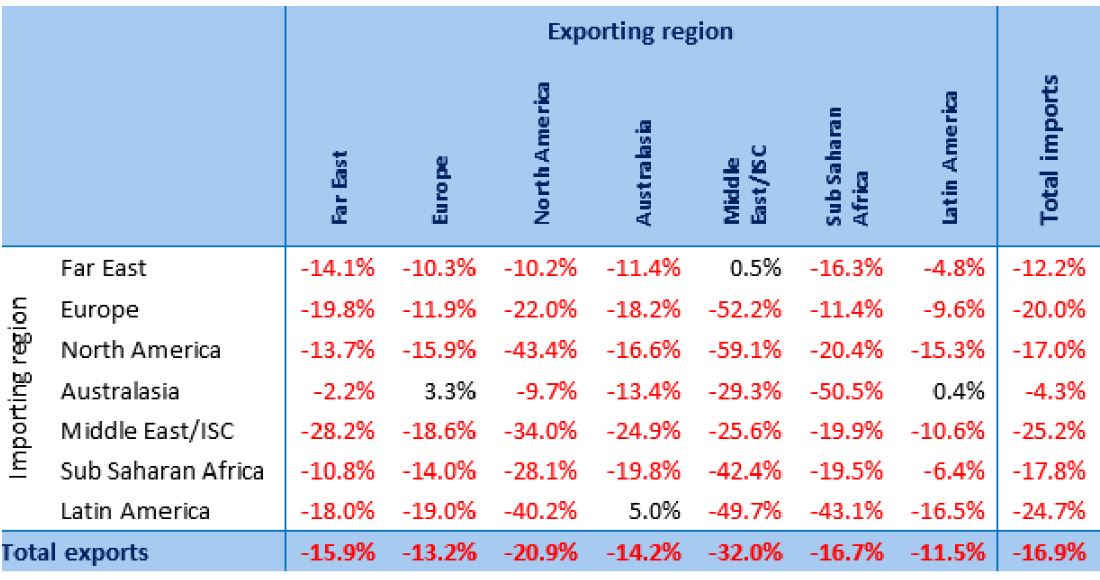 After a period of two to three months in which the term ‘blanked sailings’ became one of the hottest trends in container shipping, such sailings are now beginning to be reinstated. With a number of economies now beginning to open up, and with China well on the way back to normality, demand levels have been seen to be sufficient to allow for capacity increases on key service routes. In particular, the Asia-US West Coast trade has seen a strong influx in demand. The majority of major carriers have been active in reinstating services, including THE Alliance, Matson and OOCL. While the developments have been welcomed by operators, there still exists a significant level of concern as to whether the uptick represents the beginning of a wholesale recovery or a post lockdown spike. Despite the better situation emerging as of the time of this writing, the cause for concern relates to the real need for strict capacity management and blanked sailings as was seen in the Container Trade Statistics figures for April, as summarised briefly below.

According to (provisional) figures from Container Trades Statistics (CTS), in April 2020, almost every single trade lane experienced significant, if not substantial drops in cargo volumes. Only Middle East/Indian Sub-Continent to Far East, Europe to Australasia, Latin America to Australasia and Australasia to Latin America posted improvements when compared with the same month of last year. ME/ISC to North America (-59%), ME/ISC to Europe (-52%), Africa to Australasia (-50%) and ME/ISC to Latin America (-48%) were the worst affected, although some of those are already marginal trades where a small absolute change is exaggerated relatively. The global development for the month was a contraction of 17%. 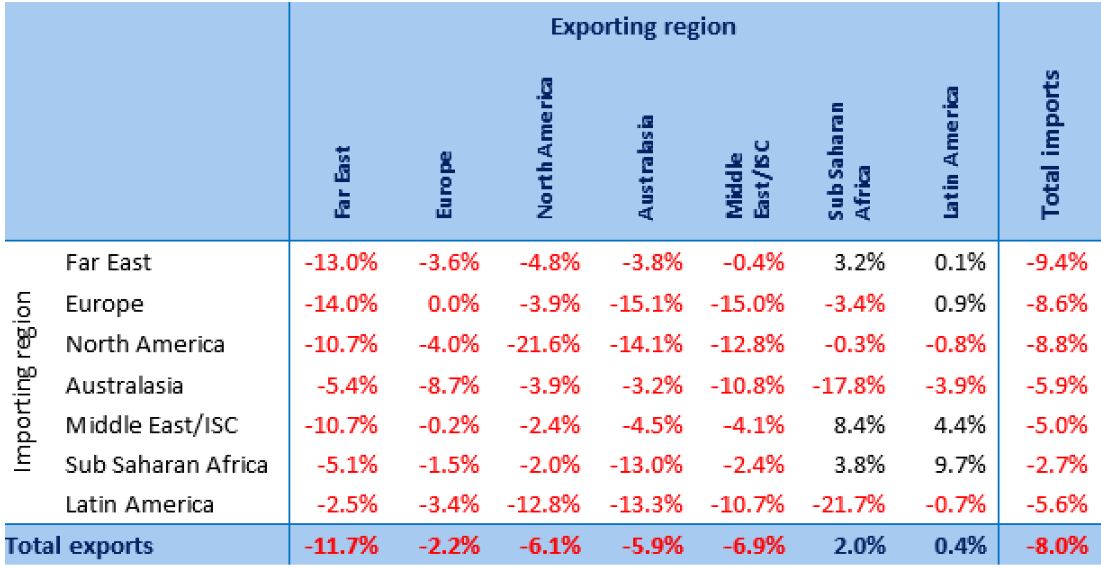 When looking at CTS figures for the year-to-date/four month period (YTD/4M), a few more trade lanes exhibit positive growth, although these are limited to African or Latin American exports. Globally, containerised trade appears to have fallen by eight percent. Africa to Latin America and intra-North America were both worst hit with 22% falls, whilst European imports from Australasia and ME/ISC lost 15% each.

With a dramatic decrease in volumes, it is no surprise that carriers seek to protect their business models through reducing operating expenditure via blanked sailings and cutting back fleet sizes. However, given the market power wielded by the major deep-sea carriers, reinforced through the alliance system, the effects of capacity management can, in the eyes of some, become a price fixing mechanism to ensure freight rates maintain a certain level. While the start of 2020 has seen truly exceptional circumstances, the market dynamic raises significant concerns especially amongst shippers.

Furthermore, the woes of the container-shipping sector throughout the corona crisis have again raised questions about the role of state aid, bailouts and regulatory perks within the industry. Throughout this period there have been a number of examples, CMA CGM received a state backed loan of EUR 1.05 billion, distressed Singaporean liner operator PIL was in discussion with the state backed Temasek Holdings about a potential ownership stake and subsequent bailout and the South Korean government continues to pour money into the maritime sector, taking its ownership stake in HMM higher again in addition to providing generous levels of support to its domestic shipbuilding industry. Other examples would be continued cabotage laws and restrictions, as in Indonesia and the United States but also elsewhere with the recent renewal of the Consortia Block Exemption Regulation in the European Union. With numerous governments doing what they can both to help the sector and national interests within it even through the good times, questions can be raised about what level of support will be required to support these companies through the bad. 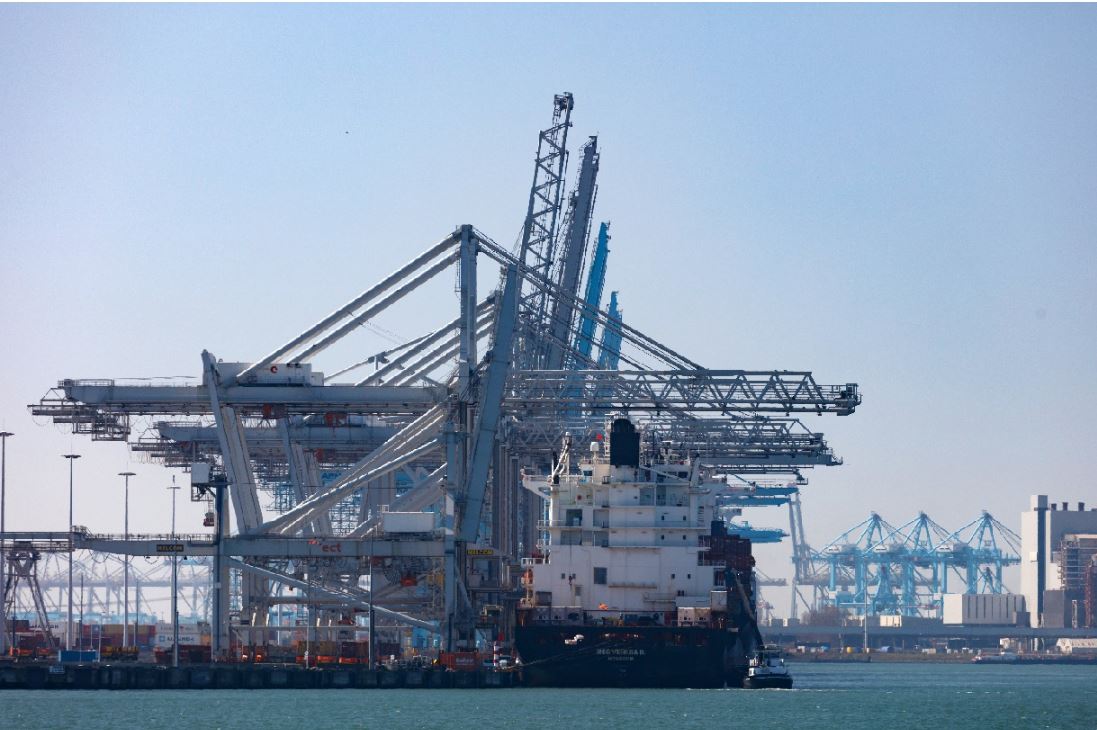 The number of blanked sailings is now falling, but it has not come without knock-on effects. Industry associations on the behalf of shippers have recently stated that the blanking program, which will in some capacity carry on until at least October, has resulted in carrier manipulating loops to ensure compliance with commitments, thus impacting schedules and voyage lengths. As a result, shippers are now facing changes in container pick up locations and times, bringing yet more supply chain costs and complexity. The ad hoc nature of the changes and the lack of time to prepare has also been affecting feeder operators and slot charterers, whose business model is often built on the foundation of regular services. Finally, with a number of leading carriers able to rely on state support in addition with the potential for market management through capacity management, perhaps it is no surprise that shippers are beginning to feel hard done by at a time when they too are struggling. The better-than-expected financial results being reported by many carriers is evidence of how well they have managed to do through the pandemic so far. For now, it appears as though carriers were doing their utmost to protect their services from a truly unprecedented event and appear to have managed it well. However, if these issues persist, those on the other side of the argument may gain favour, especially given all business segments will be feeling pressure, not just the carriers.
Source: By Jonathan Mummery – Maritime Analyst, Dynamar B.V.