Nippon Paint Marine has completed the extensive re-coating of the four-masted, steel-hulled Peking, the 1911-built cargo ship which is coming to the end of a €32 million, three-year restoration project at Peters Werft GmbH, on the River Elbe, at Wewelsfleth, Germany.

The 115.5m long, full-rigged barque, one of the legendary Flying-P cargo sailing ships built by Blohm+Voss for the F.Laiesz shipping company, is scheduled to leave Peters Werft in August.

Commenting on the project, Olaf Riecken, Nippon Paint Marine, said: “This is a highly prestigious project; one of the most exciting projects I have ever been involved in. It was also one of the most challenging, as the original steel structure had to be kept wherever possible. This meant we had to assess the compatibility of our coatings with a steel manufactured more than 100 years ago and which used ferrous alloys that are no longer in common use.”

A further challenge was that since the vessel would not be trading, operating only as a stationary structure, a hull coating with a 25-year lifetime and capable of providing three-year overcoating intervals was required. So as to avoid environmental impact at the future berth, the use of an antifouling paint was not permitted, adding to the project’s complexity. 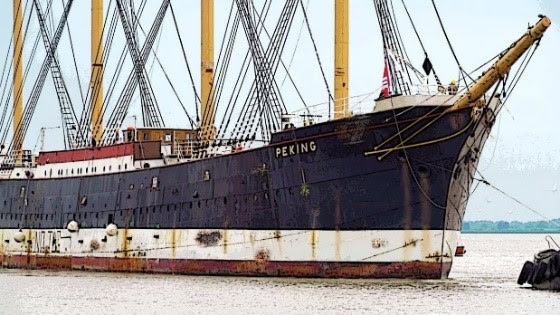 Before and after: The Peking restoration marks one of the most prestigious projects for Nippon Paint Marine, which coated all internal and external areas of the historic barque

It was agreed that Nippon Paint Marine’s NEOGUARD 100 GF, a durable, high-solid glass flake epoxy, would be the most suitable coating for the underwater areas of the hull. This was applied in two-coats to provide a total film thickness 350µm.

Olaf Toebke, Director, Nippon Paint Marine (Europe), said: “This system was selected because it provides long-term protection with high impact and abrasion resistance. However, the underwater areas had to be completely primed, protected and coated at an early stage of the restoration project to allow the temporary re-floating of the vessel.

“This meant that, prior to application, the hull’s internal and external areas had to be grit blasted to Sa 2 grade to achieve a clean but porous surface, which was not so straightforward given the lower third of hull was filled with concrete ballast.” 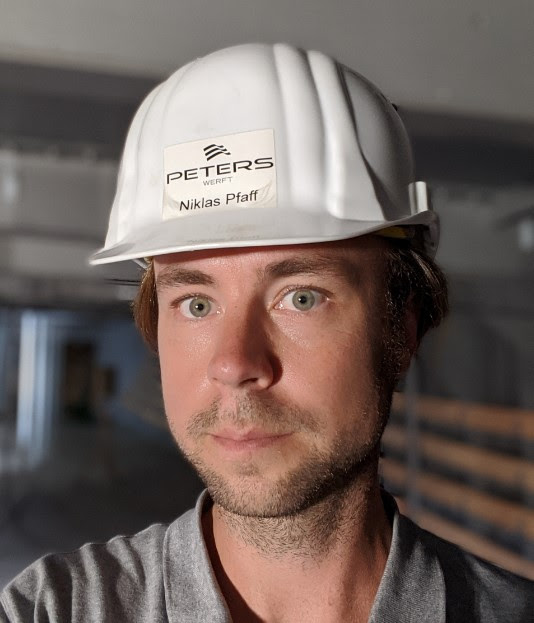 Blasting, carried out with the entire ship under canvass to safeguard against any environmental pollution, was also necessary to remove any hazardous materials in older coatings. Special attention also had to be paid to the riveted areas and overlaps.

Once blasted, Nippon’s Uniprotector, a corrosion-resistant two coat epoxy primer pigmented with aluminium, was applied to improve penetration capability and to extend the maximum overcoating interval by an additional 6 months.

The original rivets and plank overlaps, which were to remain as visible as possible, benefitted from an additional stripe-coat of EPOBARR, a solvent-free, fibre-containing epoxy filler, prior to the application of the NEOGUARD topcoat.

Two 150µm coats of company’s E-MARINE A/C were then applied to the Peking’s topsides, decks and rigs/masts, to provide an unlimited maximum overcoating intervals before Nippon’s U-MARINE Finish was applied in a semi-gloss shade.

When the vessel drydocked in 2017, after transportation from New York to the Elbe aboard the Combi Dock III, the vessel was so dilapidated that its condition shocked the team at Peters Werft. It was the most run-down vessel the yard had ever seen.

Niklas Pfaff, Project Manager, Peters Werft GmbH, said: “We must admit that we were shocked at the condition of the vessel when it came to the yard, but we are immensely proud to have been selected to work on this historically important vessel.

“Our task was to carry out the restoration, but not make her seaworthy again. We worked in close cooperation with our contractors and the vessel’s owner, and learned a lot about the beauty of this historic freight carrying sail ship. We made it our task to keep the original structure where possible, and to make it visible, where possible.

“We are very impressed how Nippon Paint Marine contributed to finding practical ways to match the special coatings requirements and working procedures of this ambitious project.” 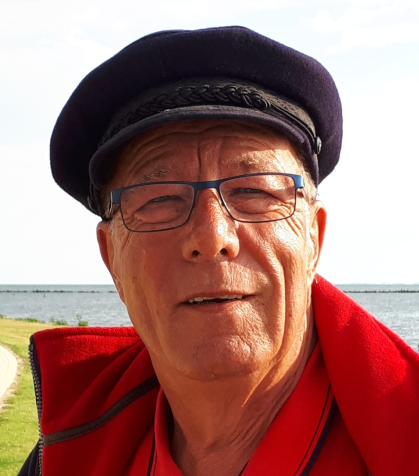 Pfaff singled out the high-performance and longevity of Nippon’s underwater glass flake coating and the EPOBARR product, which were ideal for such a historic vessel.

In addition to the extensive paint job, Peters Werft restored the original hull form and was able to retain most of the riveted steel plates using contemporary welding and modern ship repair techniques. All decks, compartments and interiors have been restored. Masts and rigging had to be partly restored and renewed.

Commenting on the success of the project, Olaf Toebke paid tribute to all those involved. “We are privileged to have been involved in this fascinating project, the success of which is testament to the open co-operation, communication and professionalism of all those involved, including engineering contractors Technolog Services GmbH, and Detlev Löll Ingenieurbüro, shipowner Stiftung Maritim Hamburg, and the shipyard.”

When restoration works are complete, Peking will berth in the Hansahafen opposite to the new opera house Elbphilharmonie to undergo final preparations before the move to her final place where she will operate as the museum ship of the future German Harbour Museum.
Source: Nippon Paint Marine